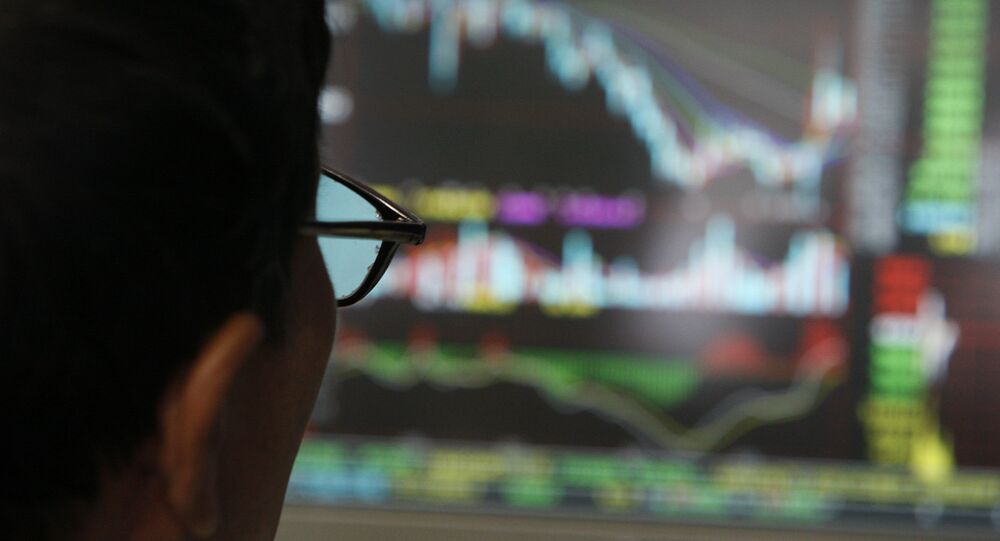 Top Chinese economists are warning of a looming slowdown in China's GDP growth rate, and advise a decisive structural reform to boost domestic consumption, grow the middle class, and reduce the nation's exposure to risks from overseas.

Kristian Rouz — A new report issued by Renmin University in Beijing claims China's GDP growth rate is set to slow down to 6.3 percent next year. Analysts have said that the Chinese economy will likely take a serious blow from the ongoing tensions in international trade, while Beijing's effort to advance structural reforms to support the economic expansion have been too slow.

Renmin's economists made their projections in a paper released Saturday on the China Academy of Social Sciences' newsfeed. The experts said next year's slowdown to 6.3 percent would mark a gradual acceleration of the so-called 'cooling' of the Chinese economy, which has buoyantly expanded over the past two decades.

© REUTERS / Aly Song
China-US Trade Wars Have Little Impact on Beijing Economy - Statistics Bureau
In 2017, the Chinese economy grew by 6.9 percent, while this year Beijing expects the GDP growth rate to average at 6.5 percent for 2018.

The report from Renmin comes after China's National Bureau of Statistics (NBS) said in a report that consumer confidence is falling across the country, while car sales dropped 11.7 percent year-on-year in October — an alarming signal for the entire Chinese manufacturing sector.

The faltering consumption might undermine Beijing's effort to advance structural reforms in the economy. The central government has sought to replace China's exports-driven model of GDP growth by supporting the nation's middle class, which was supposed to make domestic consumption the key driver of the Chinese economy.

However, as tensions in international trade deepen, the prospects of China's middle class are now in jeopardy. Disruptions in global trade could greatly hurt China's export-oriented industries, while also potentially thwarting Beijing's development goals due to a decline in technology imports.

Additionally, China's job security, investment flows, and the overall sustainability of the manufacturing sector could be affected.

Facing the rising pressure, Chinese regulators have moved to advance their effort to open up the nation's domestic market to international companies.

On Sunday, the China Banking and Insurance Regulatory Commission (CBIRC) said German insurer Allianz will be allowed to operate in the Chinese market, while Hong Kong's Chiyu Bank would open a branch in the manufacturing hub of Shenzhen.

The CBIRC reaffirmed its commitment to 'steadily expanding' the opening up of the Chinese financial sector to support economic growth and investment.

© REUTERS / Jason Lee
China Poised to Boost Ties With EU Amid Beijing-Washington Trade War – Analyst
However, the Renmin report also suggested China's exports would still grow 16.1 percent next year, from a 6.1-percent increase expected this year. Experts said China will likely be able to replace some of its foreign trade partners and realign its supply chains to support exports.

Nonetheless, Renmin's economists also warned that savings rates are on the decline across China, suggesting that effective purchasing powers of Chinese households might be gradually declining as well. The Renmin report urged the Chinese government to ramp up its efforts to support the middle class amid the mounting economic uncertainty.

All this points to the rising degree of uncertainty in the Chinese economy as it faces rife turbulence in global trade. China is likely to weather the storm, the Renmin report suggested, but a structural reform appears to be an utmost necessity — as export-driven growth models can't remain sustainable forever.