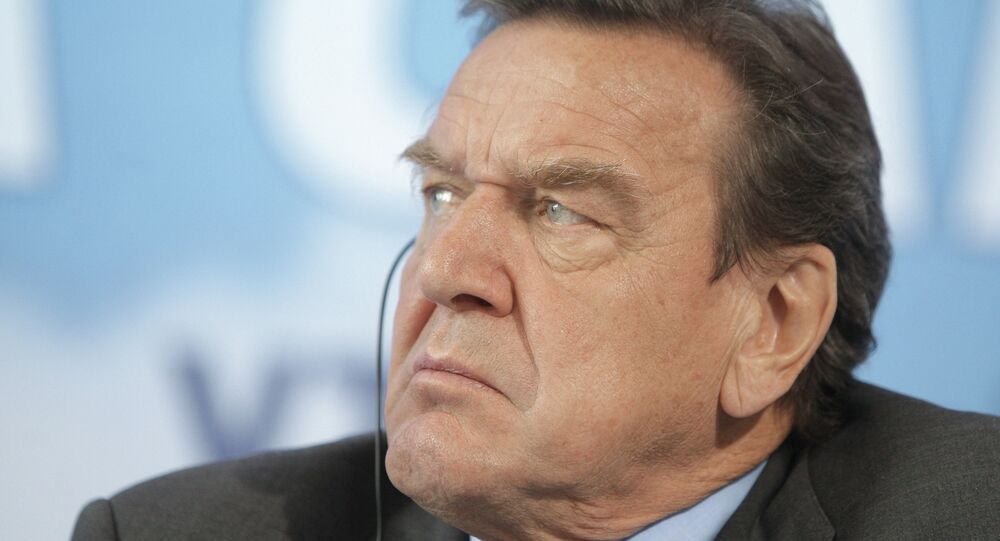 Amid growing disagreements between Washington and Berlin, ranging from the tariff dispute to the row over the NATO spending and US withdrawal from the Iran nuclear deal, Gerhard Schroeder has demanded convergence with China.

Former Chancellor Gerhard Schroeder (Social Democrats) has criticised the US for their trade policy, saying that Germany “cannot put up with being treated like an occupied country" in his recent interview.

"When I look at the actions of the US ambassador in Germany, I get the impression that he sees himself more as an occupation officer than as an ambassador of the United States in a sovereign state," the politician said, as cited by Die Welt.

He called on German politicians to look for allies with similar interests and named China, particularly impacted by the recent US trade restrictions, as one of the candidates.

"It is inevitable that those affected by the US-induced conflicts should drift towards each other. We cannot play along with the US trade war against China, but we must resolutely pursue our export interests at the Chinese market," Schroeder pointed out, warning the German government is against shutting out Chinese investors. However, he claimed the border for the cooperation is marked by the defence industry.

The mentioned tariff row escalated in March after US President Donald Trump announced import tariffs on steel and aluminium, however, the EU got a three-month-long exemption period. Despite the intense diplomatic talks, the new duties were introduced in June. The bloc responded with retaliatory tariffs on about 180 types of US imports.