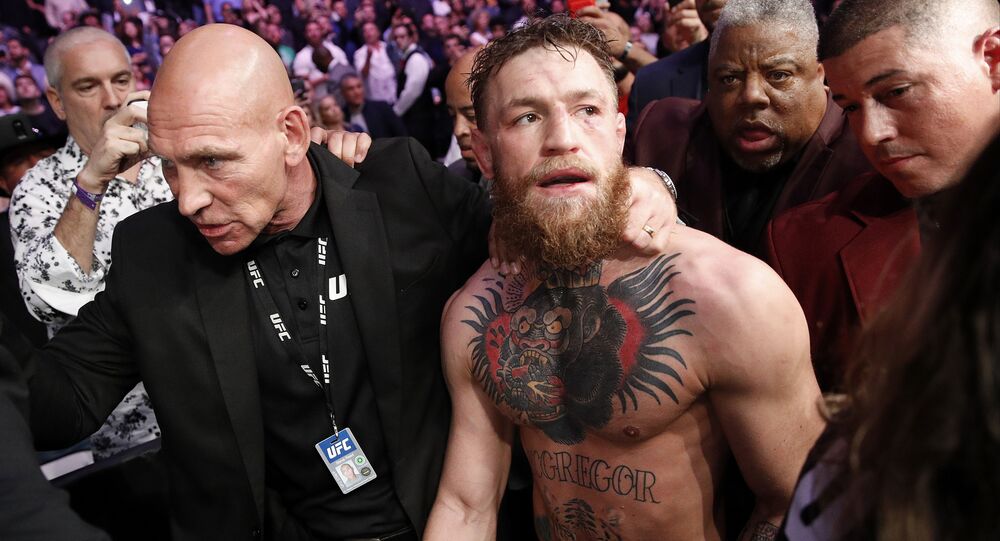 Conor McGregor has apologized to fans after his branded whiskey, Proper No. 12, sold out too quickly for many to purchase it – what was originally intended to be a six-month supply flew off the shelves in 10 days.

The whiskey was launched a mere week and a half ago, but with supplies now finished, McGregor has said sorry to thirsty fans who missed out on a bottle of ‘liquid gold'.

He also assured them they'll be able to satiate their sybaritic desires in December, with a few million bottles headed to the US and Ireland in time for Christmas.

Speaking to the Irish Sun November 14, McGregor said "hundreds of thousands of people from all over the world" have been in touch, asking where they can purchase a bottle of Proper.

"I'm lucky to have the best fans in the business, and their support and loyalty has definitely played a role in Proper Twelve's success. I just got back to Ireland after spending ten days travelling throughout the US to meet buyers from top accounts, distributors and consumers. My favorite part of the trip was hand-delivering World Series tickets to the Boston Fire Department. It's hard to articulate what a special experience it was to shake their hands and thank them for their hard work. Truly humbling," he added.

The surging success of McGregor's whiskey range is in stark contrast to the MMA star's recent fighting history. Having won the UFC Lightweight Championship at the fighting federation's 205th event, he announced he'd take time out from the cage to await the birth of his child in 2017. In August that year, he took part in a boxing match with Floyd Mayweather, despite never having boxed before, and was knocked out cold by the retired boxing legend in the 10th round.

In April this year, he was stripped of the Lightweight Championship due to inactivity. He would return to the octagon October 6 to face the undefeated Khabib Nurmagomedov for the UFC Lightweight Championship in Las Vegas, and lose the fight in the fourth round via a vicious neck crank. Controversy erupted after the bout ended, when Nurmagomedov leaped out of the cage and charged towards McGregor's training partner Dillon Danis. A scuffle then broke out between McGregor and Abubakar Nurmagomedov, Khabib's cousin.

In a post-match interview, Nurmagomedov apologized for his actions, suggesting McGregor and his entourage had insulted his religion and nation, things other fighters "cannot talk" about.