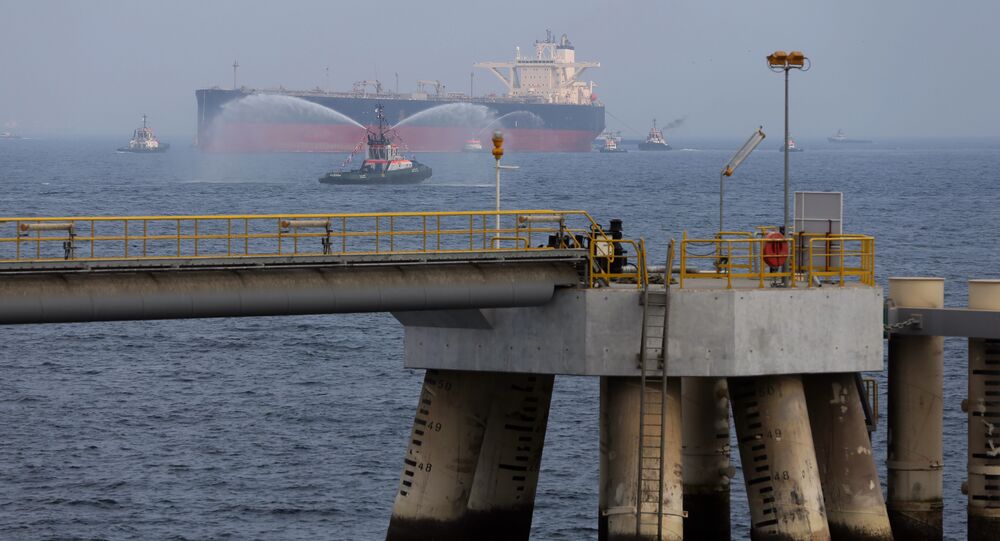 New sanctions placed on Iran by US President Donald Trump are likely to have the reverse effect the White House is hoping for, according to new reports, as Tehran’s petroleum exports are set to increase just as Washington’s restrictions commence.

© AP Photo / Vahid Salemi
US Military Reportedly Concerned It Won't Be Able to 'Repel Iran's Missiles'
According to the hype from Capitol Hill, US restrictions against Iran coming into force at midnight are intended to economically punish the nation by preventing the sale of any Iranian oil outside of the nation's borders, although with the announcement of multiple waivers, the sanctions are instead likely to result in an increase of exports from the Middle Eastern country.

As many countries that previously stopped buying oil from Iran are now being given permissions by the White House in the form of waivers to purchase Tehran's petro output, the Middle Eastern nation's exports are only set to rise, according to Bloomberg.

Promoted by the Trump administration as the "strongest sanctions in history," the reality of the new restrictions does not match its original hype, according to the BBC.

In spite of August claims from Trump's national security adviser, John Bolton, that oil-buying waivers would be "few and far between," at least eight modern, developed nations will continue their purchase of Tehran's oil output unabated, according to the Japan Times.

Oil-buying nations, including China, India, Japan, Turkey and South Korea, will be given permission by the Trump administration to purchase Iranian output, although no European countries are included in the list, according to reports.

Iranian oil buyers in 2018 have been cautious, with France and South Korea cutting off the flow in June, while Spain and Japan followed suit in September.

Turkey cut its oil purchases by half, as Italy and Greece — the only other significant EU buyers of Tehran's oil output — also made cuts.

Exports to India concurrently dropped, according to Bloomberg, while China, Tehran's biggest oil buyer, has not cut purchases.

But oil shipments from Iran to South Korea, India and Japan are set to return to their original levels when the Trump waivers are signed, a move US Secretary of State Mike Pompeo has promised will be detailed on Monday.

As most oil sales are still transacted in dollars, Iran will nonetheless see deeply-restricted access to oil-sale funds, as petro payments will be held in escrow accounts in those countries making the buy.

US' Real Goal is to Overthrow Iranian Government – Prof on Sanctions