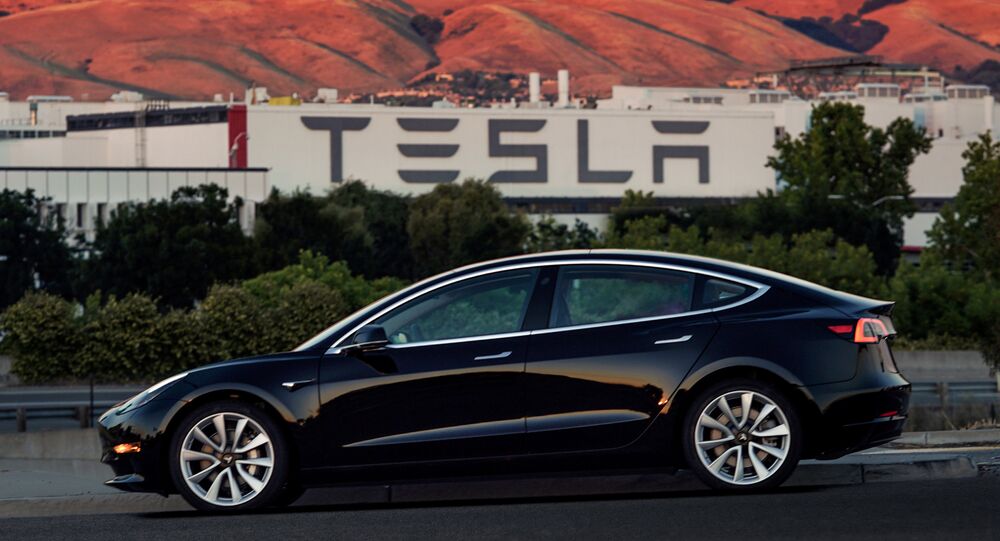 The erratic former chairman would still retain his role as Tesla’s CEO.

Outgoing Twenty-First Century Fox Inc CEO James Murdoch, the son of media mogul Rupert Murdoch, might replace Elon Musk as Tesla's chairman, according to a report by the Financial Times. However, Musk himself has refuted this speculation.

"This is incorrect," were the three words Musk tweeted under FT's tweet of the report.

Earlier last week, Musk reached a settlement deal with the US Securities and Exchange Commission statements of Tesla going private, which the SEC found fraudulent. According to the deal, both Musk and Tesla would each pay a $20 million fine, but Musk would be allowed to retain his position as CEO.

While the FT report says that external options for the position of chairman are being considered, James Murdoch, who is already serving as Tesla's independent director, has been named to be the top candidate by two unnamed sources close to the issue.

© Flickr / Mike Mozart
Hostile Takeover: Comcast Outbids Murdoch Empire for Sky Corp. Shares
Murdoch himself has reportedly already signaled he would like to take this job. The company has until November 13 to appoint a new chairman, reads a report by Reuters.

James Murdoch joined Tesla's board last year, following years of work at various media companies. Prior to that, he had no experience working at car maker companies in particular, or manufacturing in general.

This, however, is not the only argument against his appointment. Reuters notes that earlier this year, proxy adviser companies Glass Lewis & Co and Institutional Shareholder Services, as well as union-affiliated investment adviser CtW Investment Group, all recommended Tesla investors to vote "against his appointment" citing a number of reasons.

First, Murdoch at the time was serving on too many boards already, the companies said: he serves on the boards of 21 Century Fox and News Corporation. At the time of the report he also served at Sky Plc, from which he stepped down following Comcast's takeover of the broadcasting company.

Besides that, Murdoch's history of service is "troubled," according to CtW, as he was forced out of Sky back in 2012 following Britain's phone-hacking scandal. James left Sky for four years and returned to in 2016 after the dust had settled down.

© AP Photo / Kirsty Wigglesworth
EU Officials Raid Rupert Murdoch's London Fox Office
Apart from these reasons, Murdoch will also face a mighty challenge in the face of Musk himself, Reuters notes, saying that "any chairman would have to contend with [Musk's] powerful personality."

Thanks to Musk's "vision and audacious showmanship," Tesla at times has managed to gain valuation that surpassed those of traditional car makers with vast revenues, garnering Tesla an army of fans, despite being embroiled in constant production issues.

"The question when it comes to James Murdoch is, ‘Is he the guy who'll be able to establish that level of authority with Elon Musk?'" Abby Adlerman, CEO of Boardspan, a corporate governance consulting company, said.

In fact, the company had to introduce two independent directors — Murdoch included — to the board exactly over concerns that the board is under too much influence by Elon Musk.

© AP Photo / Chris Carlson
Elon Musk Taunts SEC on Twitter, Says Short Selling ‘Should Be Illegal’
While Musk's behavior and image helped the company to shade its actual financial problems in the past, it was also what eventually exacerbated them due to his recent erratic behavior, which included insulting analysts on a conference call, calling a British cave rescuer a pedophile on Twitter, joking on April Fool's Day that Tesla was going bankrupt, and, most recently, smoking weed during a live interview. As Sputnik reported earlier, each time Tesla's stock value dropped significantly.

Claiming that he intends to take Tesla private at some $420 per share — a number known to be a slang for marijuana — was the last drop. Three weeks later, Musk announced he changed his mind, which the Securities and Exchange Commission perceived as a fraud.