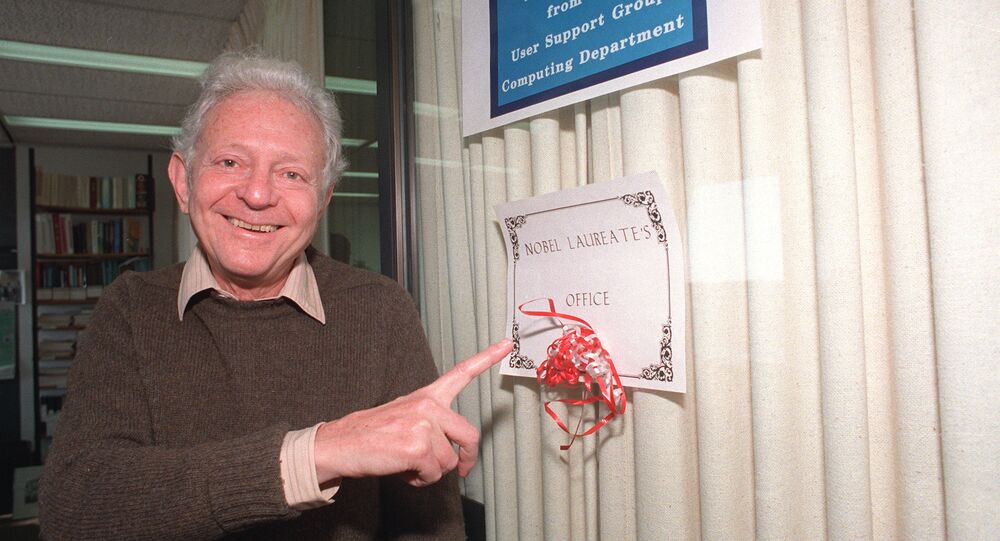 US Medicine: American Physicist Who Sold Nobel to Pay for End-of-Life Care Dies

In a damning indictment of health care in the US, the family of Nobel prize-winning physicist Leon Lederman sold his award to cover end-of-life medical expenses.

Lederman, the physicist credited with inventing the term 'god particle,' died last week at a nursing home in Idaho.

A former head of the prestigious Fermi National Accelerator Lab and a 1988 winner of the Nobel Prize in physics, Lederman had suffered acute dementia in the last years of his life, resulting in round-the-clock care and its heavy expenditure — a financial burden the revered scientist's family were unprepared for.

His wife, Ellen Lederman, noted that the move was necessary to keep her husband at peace as his health declined.

"I wish it could be different," she stated, "but he's happy. He likes where he lives with cats and dogs and horses. He doesn't have any problems with anxiety, and that makes me glad that he's so content," cited by Gizmodo.com.

A recipient of multiple awards throughout his life, Lederman, one of three to receive the 1988 physics Nobel award "for the neutrino beam method and the demonstration of the doublet structure of the leptons through the discovery of the muon neutrino," is arguably more famous for his invention and adoption of the term ‘god particle' to describe the subatomic Higgs boson particle.

An avowed atheist, Lederman was accused of using sensationalism by coining a scientific explanation with theological terms, although he has long been acknowledged as having an uncanny ability to explain the spectacularly complex subtleties of subatomic physics with the straightforward delivery of a layman.

The US, as the only advanced wealthy nation to not guarantee health care to every citizen, is facing a financial and social crisis at the hands of its for-profit healthcare system.

Lederman's Nobel award was purchased by an anonymous online buyer for a reported $765,000.

Trump, Obamacare, and Why Healthcare Should Be a Right Rather Than a Privilege

Single Payer Healthcare Will Not Work Because... "Socialism"?!