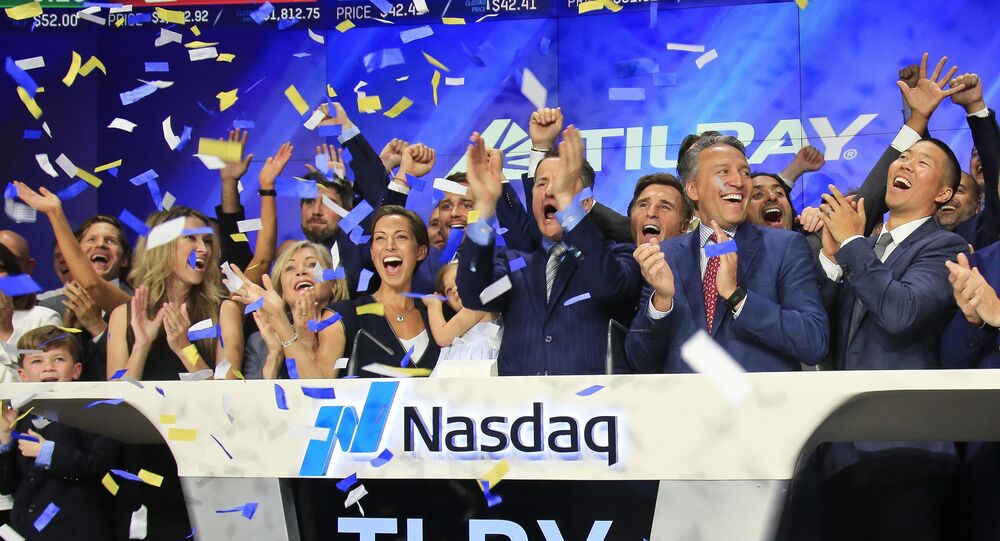 Now that nine states and the US capitol of District of Columbia allow recreational pot, the plant’s national legalization appears to be a slam-dunk, and opponents are afraid.

But in spite of a rapid shift of policy and politics over the use of marijuana in the US, the federal government nonetheless stubbornly continues to classify the plant alongside dangerously-addictive substance such as methamphetamines, heroin and cocaine.

Although the US Justice Department took a relaxed approach to the use of cannabis under President Barack Obama by deferring legal judgement to prosecutors at local levels, the Trump administration in January reversed those policies, adding significant obstacles to the legalization of medical marijuana and the plant's use as a recreational intoxicant in ways similar to alcohol.

Kentucky Republican politician Jason Nemes, while acknowledging the growing support in the US for pot — like most conservative lawmakers — seeks instead to take advantage of promoting highly-regulated medical marijuana policy while attempting to prevent the plant's use for those consenting adults who simply want to get high.

"We're not interested in allowing people to go and smoke marijuana just for the heck of it." Nemes said, cited by Politico.com.

To hear activists for legalization put it, however, the ‘green' genie is already out of the bottle.

Canada, which legalized pot in June, is now seen to have an enormous advantage over the US in exporting marijuana-related products to the gigantic markets of the European Union, according to Michael Elkin, director of strategic sales for Canada-based Cannabis Compliance Inc.

Recognizing the cash cow in the room, more US states are ramping up legalization efforts in the face of federal disapproval, including New Jersey — expected to legalize this year — New York, Connecticut and Pennsylvania.

Surprisingly, even Utah and Kentucky — some the most conservative states in the US — are seeing strong approval for the legalization of medical marijuana.

© AP Photo / Wilfredo Lee
From Smoking Up to Selling Out: Marijuana Merchandise Gets Boost from Mainstream Marketing - Expert

The climate for change in the US is inescapable, as a flood of legislation challenging the prohibition of pot overwhelms hundred-year-old beliefs about marijuana exemplified in the torrid 1930s drug-paranoia film ‘Reefer Madness.'

An astonishing 863 cannabis-related bills have been submitted before the US Congress in 2018 to date, with more on the way, according to Tom Angell, publisher of Marijuana Moment, a cannabis industry tracker and news outlet.

The "stakeholders invested in keeping legalization in effect and eroding prohibition on the state and federal level," are contributing to the legalization of pot around the country, according to Angell, cited by Politico.

On Capitol Hill, an increasingly influential cabal of lawyers, lawmakers, lobbyists and industry insiders is proving that "it will be increasingly hard for opponents to push back on the green wave,'' Angell said.

Adding momentum to the movement is the billions of tax dollars generated for local and state governments, alongside hundreds of thousands of American workers employed growing, harvesting, packing, distributing and retailing the plant and its myriad derivatives. There is no surprise that "so many ambitious politicians are jumping in front of this issue,'' he added.

"There are too many people invested in legalization now."

'Completely Out of Control': Danish Parties Call for Legalization of Cannabis