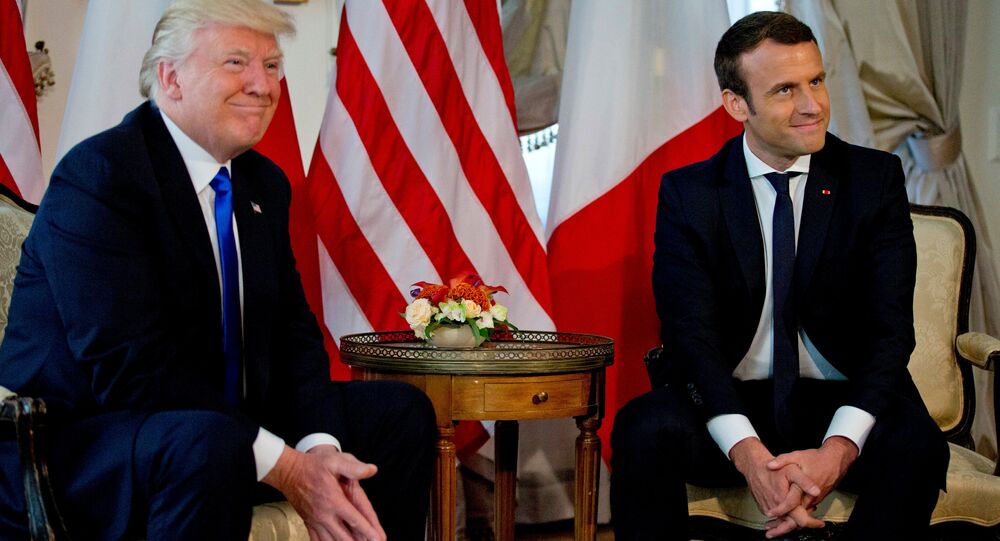 The EU-US trade relationship has been tense since US President Donald Trump imposed high tariffs on steel and aluminum imports in May. The European Union retaliated by imposing its own barriers on US goods after Trump lifted the EU's exemption from those tariffs.

European officials have warned that US President Donald Trump's pressure tactics to mend the North American Free Trade Agreement (NAFTA) will not work in Washington's trade talks with Brussels.

"We Europeans are the largest trade power in the world. So, we don't have to be worried. We don't have to negotiate under threat, Jean-Baptiste Lemoyne, French State Secretary for Europe and Foreign Affairs, was quoted by The Wall Street Journal as saying.

A spokesperson for the European Commission, which is responsible for EU-US trade negotiations, said that the commission is studying the recently signed United States-Mexico-Canada Agreement (USMCA) which Brussels claimed could hit exporters in Europe.

"We're in a totally different situation. They have an agreement that they are updating and modernizing—we don't have an agreement," European Trade Commissioner Cecilia Malmstrom, for her part, pointed out.

The agreement made between the US, Mexico and Canada is set to replace NAFTA, described by Trump as the "worst trade deal ever made."  The USMCA is expected to be signed by Trump and his Mexican and Canadian counterparts Enrique Pena Nieto and Justin Trudeau, respectively, by the end of November.

Earlier, Washington reportedly made Canada and Mexico revise the NAFTA deal under threat of being expelled from the US market.

The two sides agreed to jointly work toward having zero tariffs on non-automotive goods, and resolve any issues related to US steel and aluminum tariffs as well as retaliatory tariffs imposed by Brussels.

READ MORE: Macron Says 'Not in Favor' of Vast Trade Deal Between EU, US

Ahead of the talks, Trump proposed a mutual cancellation of "all tariffs, barriers and subsidies" in order to provide for a "fair trade" with the EU.

© REUTERS / Joshua Roberts
Economics Professor on US-EU Deal: 'Trump Needed to Tout Some Kind of Win on Trade Front'
The Washington Post, however, cited sources as saying that the US President still intends to go ahead with plans to slap 25 percent tariffs on nearly $200 billion in foreign-made automobiles later this year.

EU Trade Commissioner Cecilia Malmstrom in turn announced that if Washington finally decides to impose duties on European cars, the EU Commission will introduce tariffs on US goods worth at least 20 billion dollars.

Trade disagreements between the US and the EU have intensified since Washington imposed a 25 percent tariff on imported steel and a 10 percent tariff on aluminum imports in late May. Brussels retaliated by introducing duties on American goods like jeans, bourbon, and motorbikes.