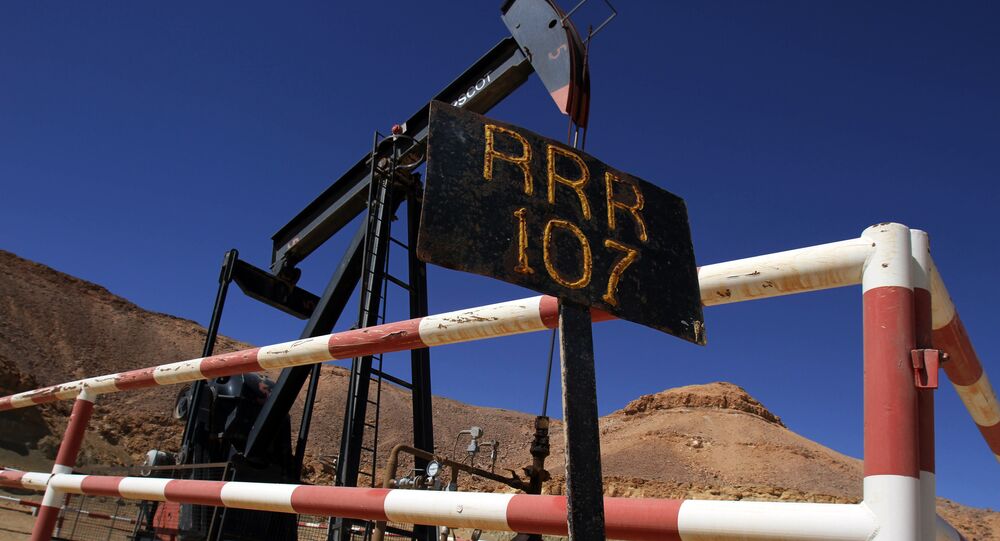 MOSCOW (Sputnik) – Roman Panov, CEO of the Russian exploration company Rosgeologia (Rosgeo), discussed with Mustafa Sanalla, head of the Libyan National Oil Corporation (NOC), the conduction of exploration works in Libya, the Russian company said in a statement on Friday.

"During the meeting the parties discussed further steps on the development of cooperation in the sphere of natural resources management, particularly, conduction of geological exploration works to find fossil fuels in Libya as part of the earlier signed bilateral documents," the statement said.

Rosgeologia also focuses on the projects in the Middle East and other African states, according to Panov.

"These are the most promising areas of growth, where there is a high demand on our services," Rosgeologia's CEO said, as quoted by the statement.

The meeting was held on the sidelines of the Russian Energy Week (REW) forum in Moscow.

The head of NOC also discussed with Russia's Tatneft Deputy General Director Rustam Khalimov ways of cooperation between Libyan and Russian oil companies, as well as the resumption of Russian oil company Tatneft's work in Libya, the NOC reported on Friday.

© AFP 2021 / Abdullah Doma
Libya's Oil Exports Grind to Halt as Haftar's Army Block Eastern Terminals - NOC
Also, according to NOC, a number of other executives from both companies attended the meeting.

Khalimov expressed desire of Tatneft to cooperate with Libya, noting its experience in the development of heavy oil, shale oil and gas deposits. Sanalla, in response, promised to ease the company's return to work in Libya and noted the role of Russian companies in the Libyan oil sector.

Libya has been torn apart by conflict since 2011. The eastern part of the country is governed by the Tobruk-based parliament, backed by the Libyan National Army (LNA). The UN-backed Government of National Accord (GNA), headed by Prime Minister Fayez Sarraj, operates in the country's west and is headquartered in Tripoli. The two governments have also been arguing about the distribution of revenues from oil exports. In summer, the work of the Libyan oil terminals was repeatedly suspended due to militant attacks.

The REW forum started in Moscow on Wednesday and will last until Saturday. Rossiya Segodnya International Information Agency is the official media partner of the event.

Libyan Government of National Accord Announces New Truce Near Tripoli