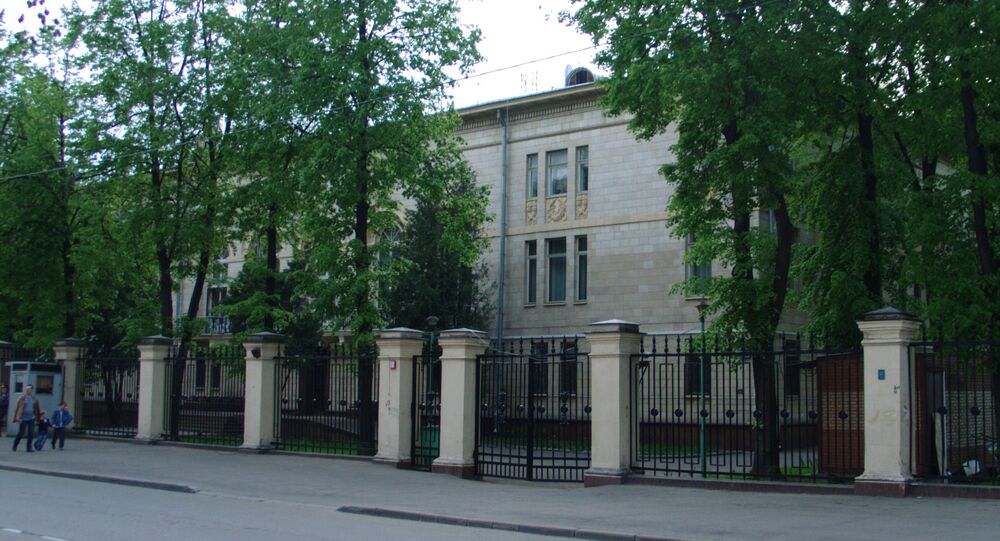 Iraqi Trade With Russia Surged to $1.4Bln Over Past 2 Years - Ambassador

MOSCOW (Sputnik) – The bilateral trade between Iraq and Russia has grown by 52 percent to $1.4 billion a year over the past 24 months, Iraqi Ambassador to Russia Haidar Mansour Hadi told Sputnik.

"Our relations with Russia are very good, both old and current [relations], they continue. Russian-Iraqi trade has increased by 52 percent from $900 million to $1.4 billion over the past two years," Hadi said on Friday.

© AP Photo / Nabil al-Jurani
'Increasing and Specific' Threats Prompt Closure of American Consulate in Basra, Iraq
The ambassador noted that Moscow and Baghdad would continue their joint work on increasing trade and cooperation in various areas, including energy.

There were Russian companies trying to enter the Iraqi market, Hadi noted, adding that the embassy in Russia would try to support them.

Good Iraqi-US relations did not hamper Baghdad’s cooperation with other states in various areas, including military cooperation, Hadi pointed out.

"There are [Russian-Iraqi] military equipment contracts and they are being implemented … Iraq is open for everyone," the ambassador emphasized.

Russia and Iraq have for years been maintaining cooperation in various fields, including education and the law enforcement. Energy is one of the areas where the two countries have the most number of joint projects. Particularly, Russian state-owned and private energy companies, including Gazprom, Rosneft and Lukoil, actively cooperate with the Iraqi authorities.