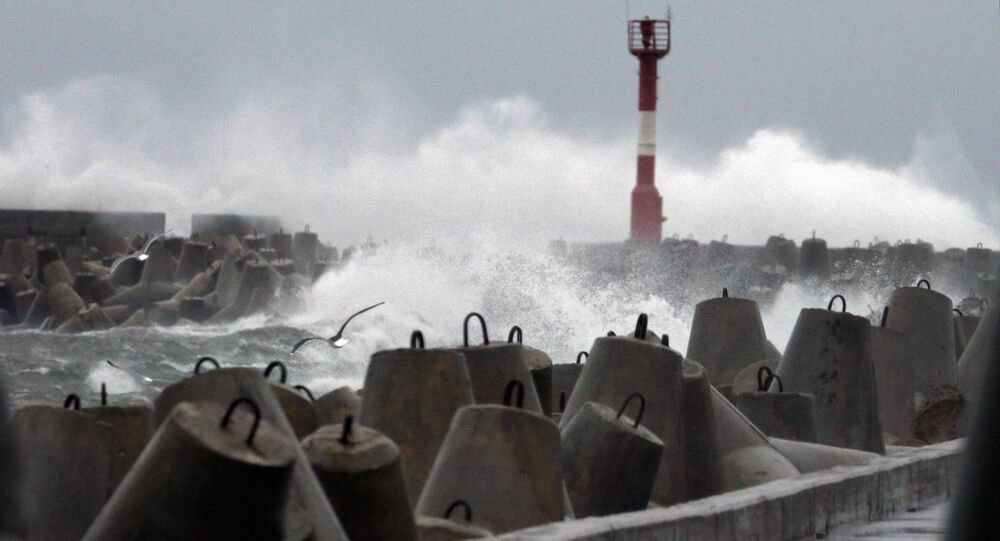 Environmentalists have warned that the new canal expected to link the Vistula Lagoon with the Baltic Sea in its western portion will have grave consequences, including the destruction of the lagoon's freshwater ecosystem.

Jaroslaw Kaczynski, the head of Poland's ruling Law and Justice Party, has called the construction project a demonstration of Poland's sovereignty from Russia.

The canal "is important for Poland's status," he said, speaking to Polish radio. "In the end, Poland needs to shed the last traces of being a dependent state. We need to show that the times when Russia dictated what we could or could not do on our territory are over," Kaczynski said.

© Wikipedia / Polimerek
Poland to Spend Quarter Billion Dollars on Canal to 'Break Off From Russia'
Dismissing Russia's environmental concerns, which Moscow raised before the European Commission earlier this month, Kaczynski claimed that "it is known that they have always been against it." According to the politician, Moscow's concerns are nothing more than an "attempt to block this strategic investment for Poland," with the Nord Stream and Nord Stream 2 pipelines posing a much greater "ecological danger" in the Baltic Sea, in Kaczynski's view.

The 1.3 km long, five meter deep, 80 meter wide canal between the Vistula Lagoon and Gdansk Bay is expected to be dug through the western Vistula Spit, a long, thin peninsula stretching east from the northern coast of Poland into Russia's exclave of Kaliningrad. Polish officials have long complained that the river port city of Elblag has no direct access to the Baltic Sea, with Polish ships first having to pass through Russian waters in a special navigation deal agreed by Moscow and Warsaw. The ruling Law and Justice government approved construction in 2016, but held off construction, which is currently expected to start later this year. The canal has an estimated price tag of 880 million zlotys (about $241 million). For comparison, the navigation rights for Polish ships sailing through Russian waters run Warsaw an estimated $5 million annually. The canal is expected to be completed by 2022.

© Wikipedia / Fastboy
Elblag Canal: Polish Business Will Pay for Warsaw's Effort to 'Stick It to Russia'
Last year, Russian ecologist Felix Alekseev told Sputnik that if the canal winds up being simply a hole through the spit, the Vistula Lagoon's salinity levels will rise dramatically, leading to the disappearance of its freshwater flora and fauna, including local fish stocks. Other observers have called the canal "95 percent politics, zero percent economics."

Some Polish observers suspect that the project is essentially a military one, with Elblag serving as the headquarters of NATO's new Eastern Command. While some Elblag residents are hopeful their city will win out from the economic activity resulting from construction and the resultant expected increase in shipping, others fear it may affect the city's traditional orientation toward trade with Russia.

Elblag Canal: Polish Business Will Pay for Warsaw's Effort to Stick It to Russia