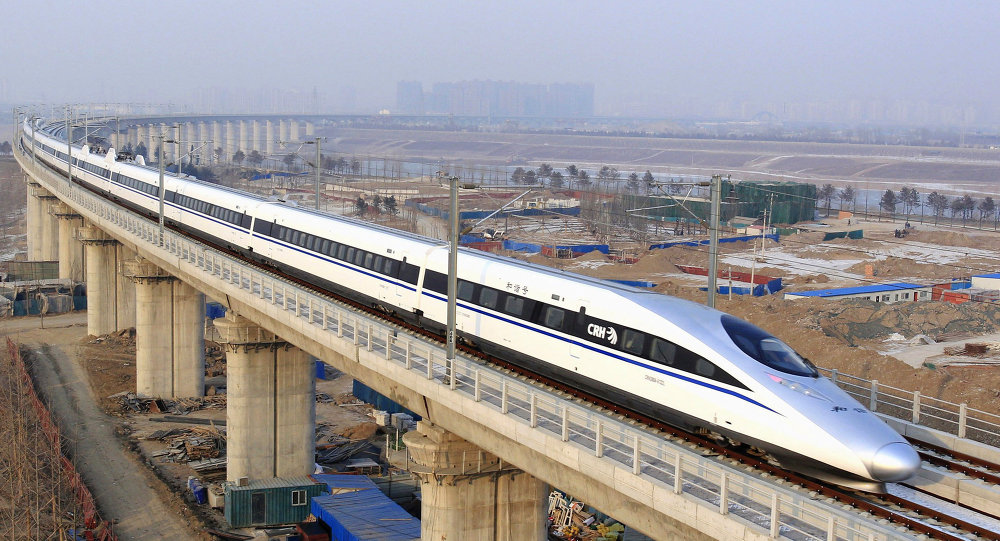 State-backed Japan International Co-operation Agency (JICA) is providing 81% of funds to India’s first bullet train project that is estimated to cost around $16 billion. However, a report in an Indian daily claims that the Japanese agency has held back funds transfer in view of the protest by Indian farmers against land acquisition for the project.

"There have been news reports that JICA has stopped funding for the Mumbai-Ahmedabad High-Speed Rail Project on the pretext that the government should first look into the problems of farmers. This news is not true and not based on facts," a statement issued by the Indian Railway Ministry reads.

© AP Photo / Xinhua, Jiao Hongtao
India to Get Its First Japanese-Modeled Bullet Train by 2022
The project is being implemented with the technical and financial assistance of Japan and the JICA has agreed to provide funds through a soft loan with a 0.1% rate of interest per annum and 50 years repayment period with 15 years grace period. The project is targeted for completion in 2022-23.

The New Indian Express, in a report, claimed that the JICA had stopped transferring funds after a group of farmers approached the Gujarat High Court challenging the land acquisition for the project. In a letter written to the JICA, the farmers had requested the agency to "withhold any installment to be given to the Government of India" till the guidelines have complied, the newspaper claimed.

"The recent developments have miffed the Japanese agency. JICA, which is funding the project, has refused to release further installments. The Prime Minister's Office has taken note of it and has ordered to form a special committee to look into it," the newspaper quoted a senior Finance Ministry official without naming him.

However, the Railway Ministry on Tuesday clarified that no payment was pending from the JICA.

"In fact, the Government of India and JICA have already signed a loan agreement of about 10 billion yen and no payment is pending from JICA as on date," the Railway Ministry clarified.

India's National High Speed Rail Corporation Ltd (NHSRCL), the nodal agency for the execution of the project, said that it is committed to the interests of the affected farmers, adding that various reports, i.e. social impact assessment, environmental impact assessment and indigenous people plan have already been submitted to the JICA.