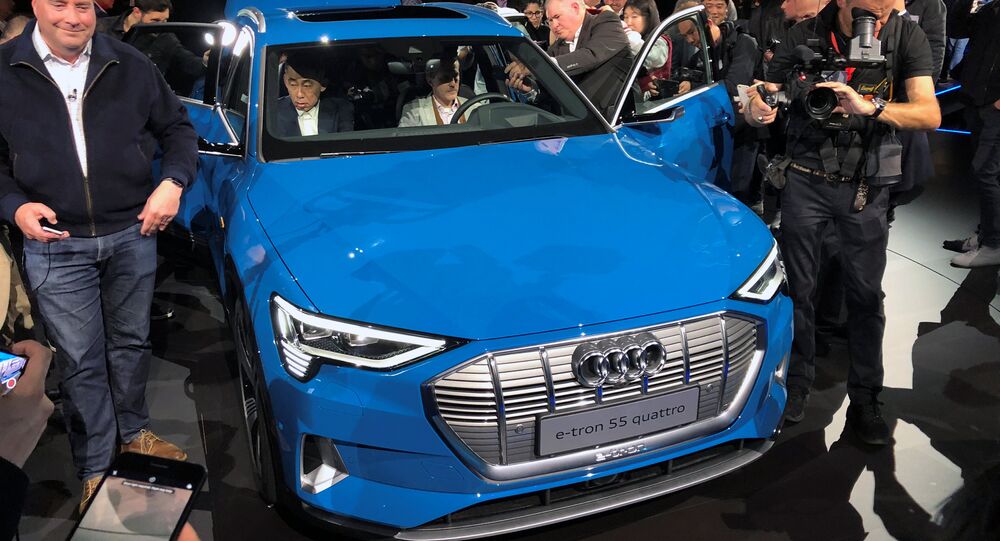 As Tesla reportedly struggles to deliver its promised Model 4 mass market electric car amid scrutiny from the US authorities, European car makers, despite higher tariffs under Trump, continue to make moves in order to secure their positions in the US electric car market.

German car maker Audi presented its own e-tron electric midsize SUV on September 17, which will be available in the US in the nearest future. Audi of America President Scott Keogh said in an interview with Reuters that he wants "Audi to be the number-one electric vehicle seller in America" in the long term.

At the same time, the company announced its solution to the problem of the US lacking recharging stations for its electric cars during the presentation. It turns out the car maker will collaborate with Amazon, which will supply and install charger stations in the homes of Audi owners. However, the German luxury cars are expected to cost twice as much as Teslas.

The car will have two electric engines, which will power all 4 wheels. Its battery is only 5 kWh smaller than that of Tesla Model X 100D, which can travel as far as 475 km on one charge, on average.

Recent reports that have surfaced in the media suggest that the internal management in Tesla is suffering from significant turmoil, with management allegedly setting unrealistic deadlines and demands, and payouts being cut due to ever shifting goals for workers. Some reports suggested that the company is having troubles with plans to roll out its Model 4, aimed at the mass market, and that the cars produced have quality issues.

Moreover, the company has lost several of its top managers over this year and hasn't found replacements for them yet. The situation is further worsened by the investigation being conducted by the US SEC into the actions of Tesla's CEO Elon Musk after he announced and then backtracked on his words about plans to take Tesla private.