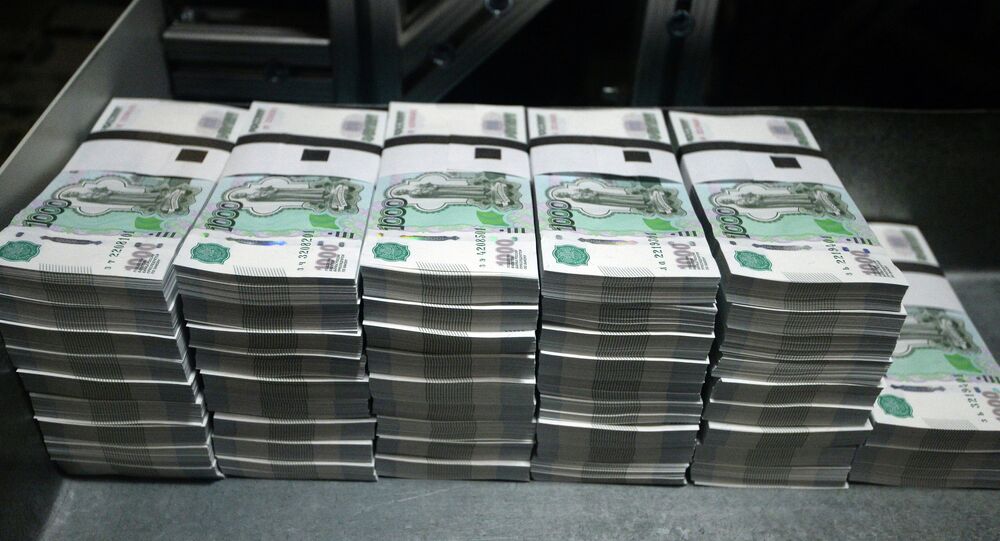 MOSCOW (Sputnik) - The Russian Central Bank's risk scenario of the macroeconomic development includes the price for Urals oil amounting to $35 per barrel, the bank's report on the monetary policy said.

"The slowdown in the global economic growth may result in a structurally weaker global demand for energy resources than in the basic scenario. The risk scenario includes decrease of oil prices up to $35 per barrel in 2019 and preservation of this price in the future," the report said. The Central Bank added that such a scenario implied oil exporting countries' failure to prolong the oil output cut deal.

© Sputnik / Evgeny Biyatov
Russian Central Bank Key Rate Policy Should Be More Rigid - Analysts
In particular, the amendments to the Russian pension legislation implying raising the retirement age will boost the country’s GDP growth by 0.1 percentage point in 2019 and by 0.2-0.3 percentage points in 2020-2021.

“Given the age structure of the population, the current percentage of retired persons and the dynamics of productivity of labor among employees of various ages, increase of the retirement age will make an additional contribution to the GDP growth at the level of some 0.1 percentage point in 2019 and 0.2-0.3 percentage points in 2020-2021,” the report said. The changes to the legislation will also result in the increasing employment and decreasing inflation rate.

On July 19, the Russian Parliament (State Duma) adopted in the first reading a bill on changes to the pension law. The bill proposed raising the retirement age from 60 to 65 years for men and from 55 to 63 years for women. The changes are expected to be implemented gradually starting from 2019.

Earlier in September, Russian President Vladimir Putin submitted to the State Duma amendments to this bill. The president’s amendments have softened the proposed changes in the legislation, particularly, reducing the future retirement age for women from 63 to 60.

In June, Rosstat said that the Russian industrial production increased by 2.1 percent in 2017, not 1 percent as it had been earlier announced.