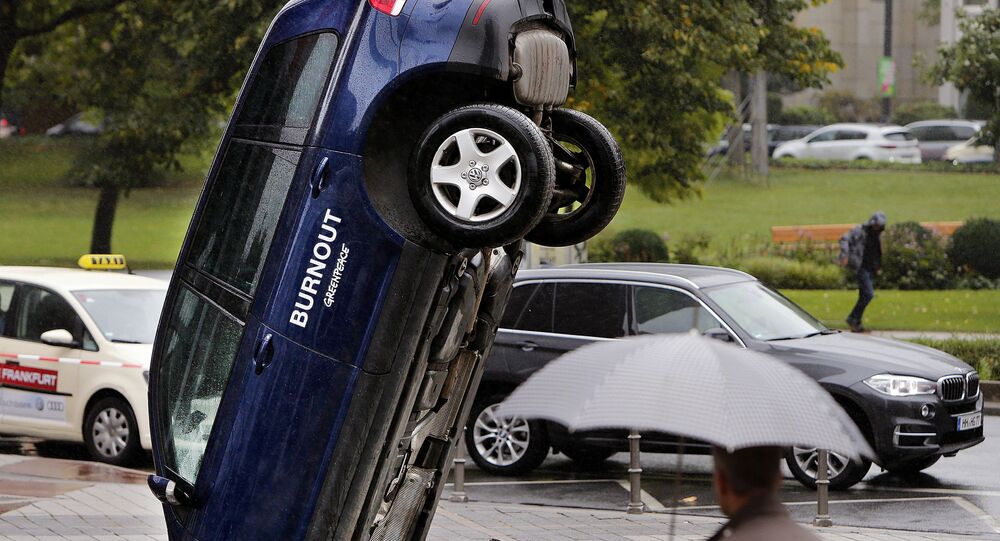 BERLIN (Sputnik) – The Federation of German Consumer Organisations (VZBV) and the ADAC automobile club intend to file a collective lawsuit in November against the Volkswagen automaker company in connection with the diesel scandal and to demand compensation for the affected consumers, VZBV Executive Director Klaus Mueller said Wednesday.

"On this day, exactly three years after the start of the diesel scandal, VZBZ announces together with its partner ADAC the intention to sue Volkswagen AG… [filing the lawsuit on] November 1… The purpose of the claim is to determine that VW, through manipulation of the software, intentionally and maliciously harmed buyers and must provide compensation," Mueller told reporters.

© REUTERS / Stringer/File Photo
Qatar Mulls Multi-Billion Investment in German Enterprise - Reports
He added that buyers of VW, Audi, SEAT and Skoda cars equipped with EA189 diesel engines, which the German and European automobile departments had decided to withdraw, could participate in the collective lawsuit.

Mueller stressed that in Germany alone, about 2.5 million people were affected by the diesel scandal.

The so-called diesel scandal, involving a number of German car manufacturers, dates back to 2015, when the US Environmental Protection Agency (EPA) accused the Volkswagen Group, which owns 19 car brands, including Audi and Mercedes-Benz, of using specific software to falsify emission test results for its diesel-engine vehicles. Since then, Germany has launched a number of investigations into its carmakers’ emission software systems.