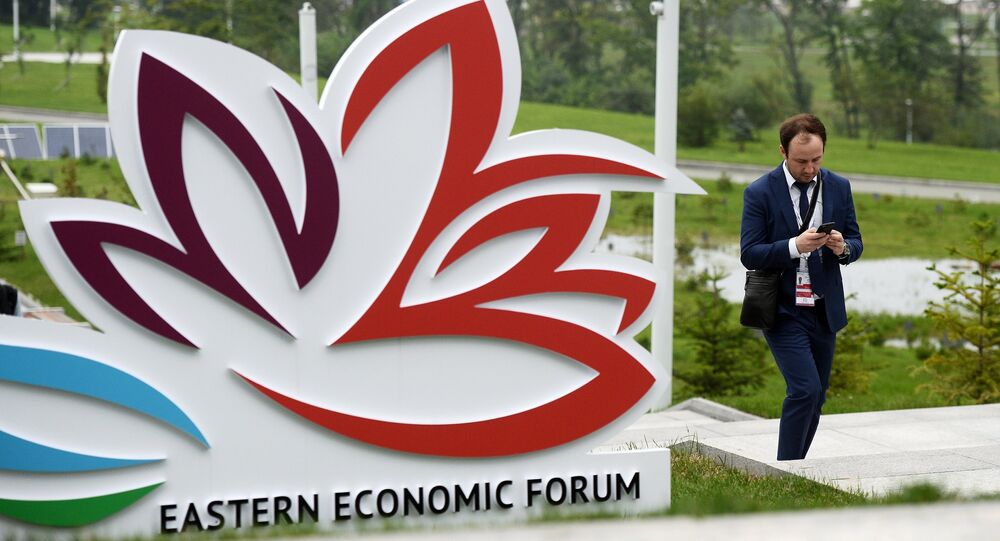 More than 6,000 delegates from 60 countries gathered in Russia’s Vladivostok for the fourth annual Eastern Economic Forum. While issues regarding economics, trade wars and sanctions dominated the main agenda, on the sidelines there was also a chance for participants to establish cross-border communications and share their cultures.

For just a few days each year, the embankment of the Ajax bay at Vladivostok’s Russky Island turns into a colorful carnival venue, where bands, singers, dance groups and artists from all over Russia’s Far East gather to perform before the delegates of the annual economic forum.

With crowds cheering, dancers from the Kamchatka region demonstrated how well funk music and breakdancing could go along with local tribal culture, dancing to James Brown tunes in traditional Itelmen costumes.

Believe it or not, but the soundtrack to this dance is James Brown’s “Get Up Offa That Thing”. pic.twitter.com/vnzCUy4a6l

The world’s longest cable-stayed bridge was built to establish a transportation link between the island and the main part of the city. Now the bridge also serves as the best photo-op attraction, which reminds many visitors, especially foreigners, of San Francisco’s Golden Gate bridge.

Far East Street is the showcase of everything that the region has to offer – industry, investment opportunities, tourism, culture and cuisine. And all of that — right across the bay from Russky Bridge — a brand new local landmark. pic.twitter.com/kYLmRDse0y

A delegation of US Ivy League university students came to this year’s Eastern Economic Forum for their own kind of “bridge building” – to talk to key Russian politicians, professors and students, and to exercise diplomacy while political relations between Moscow and Washington are at an all-time low.

For the 1st time among forum delegates is a group of students from top US Ivy League colleges. Instead of falling for the US mainstream media’s anti-Russia rhetoric, they decided to travel to the country to see it with their own eyes, to talk to students, professors, politicians. pic.twitter.com/6xUnTGU6sq

​The delegation is part of the Russian-American Cooperation initiative – a new NGO whose aim is to connect people and bridge nations.

Nikolas Chae, who is majoring in economics and entrepreneurship at Princeton University, told Sputnik that it’s important for young people from Russia and the US to start talking to each other:

"If we’re not the ones that start it – then who else is gonna do it? As great as our leaders are, they are busy with their own agenda, so in order for us to make some real change – it obviously starts with the younger generations."

The US delegation is planning to visit the campus of the Far Eastern Federal University once again later on to meet with students and professors. The Russian-American Cooperation initiative will make it possible for students from Columbia, Browne, Princeton and Dartmouth to visit Russia. After the test run at the Vladivostok forum, the organizers are hoping to organize a series of high-level meetings for American students in Moscow.