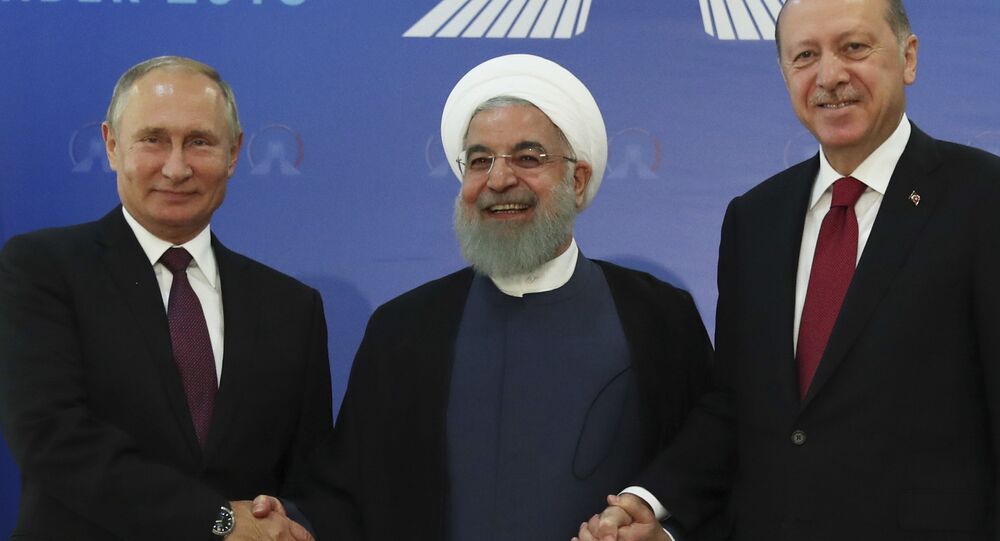 MOSCOW (Sputnik) - Iranian Central Bank Governor Abdolnaser Hemmati has discussed a possible replacement of the US dollar by national currencies in trade transactions with Turkish and Russian representatives at the recent trilateral summit of the Syrian ceasefire guarantor states, local media reported.

According to the Iranian Labor News Agency (ILNA), the use of national currencies is needed to reduce dollar's influence on the economies and trade of the three countries.

"We have decided to proceed with further work in light of the agreements reached at a meeting with the Russian Central Bank governor in Moscow," Hemmati was quoted as saying by the news outlet.

© CC0
Russia Working to Ditch Dollar, Euro in Trade With Asia, Africa
Russian Foreign Minister Sergei Lavrov previously described the US dollar as a lever of pressure, saying that Washington uses when it "wants to punish someone."

Earlier, Erdogan called the Turkish lira's recent tumble a "currency plot" and announced Ankara's readiness to refuse the dollar in the country's trade with its partners.

Tehran, meanwhile, is turning to gold as a viable alternative to the dollar.

On Friday, the leaders of the Syrian ceasefire guarantor states — Iranian President Hassan Rouhani, Russian President Vladimir Putin and Turkish President Recep Tayyip Erdogan — held a trilateral summit in the Iranian capital of Tehran. The situation in Syria's Idlib and peace settlement process in Syria were at the heart of the discussions.

Russia Should Give Up Dollar in Mutual Payment Settlements - Deputy FM