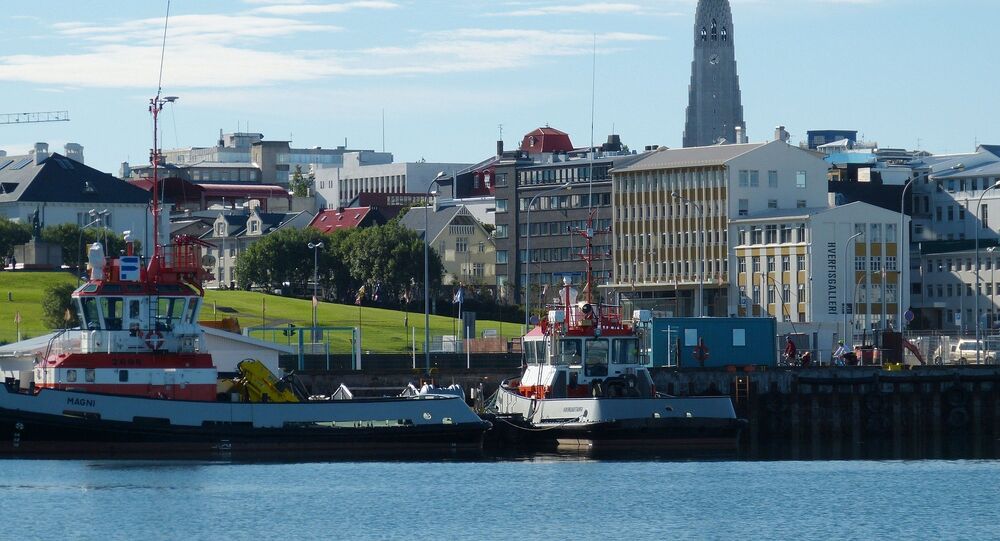 An influx of wealthy tourists, foreign investors, expats and migrants into the tiny island nation of Iceland has hampered the affordability of housing, fuelling concerns of a possible bubble forming in the real estate sector.

Kristian Rouz — Iceland is gradually becoming one of the world's least affordable countries due to a massive surge in tourism over the past few years. Some economists and government officials have voiced concern over the rising rents and real estate prices, which have hampered social mobility for the majority of Icelanders.

Since the 2008 crisis, Iceland has re-emerged as one of the most sustainable economies in the advanced world. This economic resurgence was supported by gains in fishing and manufacturing, as well as a gradual normalisation in the banking sector. However, the island nation is now facing a new challenge.

Between 2008 and 2017, Iceland has experienced a 440-percent rise in tourism — from 500,000 to 2.2 mln foreign visitors per year. Despite driving revenues and expansion in the services, consumer, and hospitality sectors, this wave of tourism has brought new challenges to the nation of 350,000 people.

"They're concerned about that," Andy Serwer of Yahoo Finance said. "There are so many hotels. And (Icelanders) said, ‘What is it about our economy where we're kind of prone to bubbles?'"

Foreign tourists have driven an influx of cash liquidity into the island, contributing to a surge not only in hotel prices, but also in regular rents — as some visitors have opted for extended stay accommodation.

Rents have skyrocketed, not least due to a lack in new residential construction — and everyday Icelanders, wealthy tourists, as well as numerous expats and migrants are now competing in the rent market for the same accommodations.

"I mean, they blew up during the financial crisis worse than we did. And they had a lot of hot Russian money there, and that was a problem," Serwer said." And so they recovered from that. And now I think a lot of people there think they're heading into the next bubble."

The rising profitability of tourism has also contributed to a steady increase in property values, stirring the bubble concerns. Subsequently, the Icelandic government has moved to restrict foreign ownership of land and property, seeking to alleviate the affordability concerns for its own citizens.

"First and foremost I want to defend the nation's sovereignty," Prime Minister Katrin Jakobsdottir said. "It matters to us that we can decide how the land is developed and utilized."

© Photo : camillelbaz/instagram
From Canadian Babe to Islandic Beauties: Top 10 of Instagram Fitness Goddesses (PHOTOS)
Meanwhile, the rest of the Icelandic economy is doing quite well, as evidenced by the recent figures from the International Monetary Fund (IMF).

Iceland's balance of payments has been net positive since 2010, and has since increased from 7 percent to 24 percent of total exports — while the figures for the majority of Nordic nations, from Finland to Canada, have ranged between 2 and 5 percent over the same period.

But at the same time, the shrinking housing affordability and the resulting restrained social mobility have contributed to a rise in Iceland's unemployment rate. Many Icelanders can't afford to move from town to town to get a job — and employers, on the other hand, are struggling to fill their vacancies.

According to Statistics Iceland, the nation's jobless rate rose to 3.6 percent earlier this year from 3.4 percent in the fourth quarter of 2017. Meanwhile, the labor participation rate is 83.0 percent — one of the highest amongst developed nations (compared to just above 62 percent in the US).

Some policymakers have also voiced concerns about Iceland's demographics, as the island's small population is gradually ageing. Iceland's immigration policies are quite stringent, but as a member of the European Economic Area (EEA), the island nation has welcomed a certain number of EU migrants — some of whom turned out to be transit migrants from the Third World.

This has stirred additional concerns regarding housing affordability, as well as reviving some environmental considerations pertaining to property ownership. However, unlike parts of continental Europe, multiculturalism appears to be still alive in Iceland.

"I'm not afraid of foreigners, I'm more afraid of Icelanders," Sigurjon Sighvatsson, a Hollywood producer from the island nation said. "Many foreigners who've come here were ahead of their time when it comes to protecting the land."