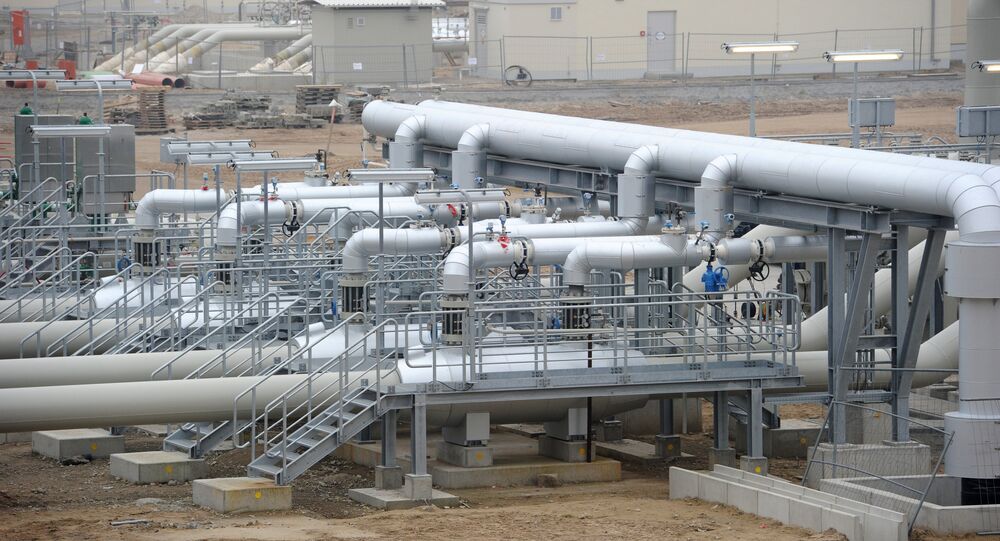 A planned sub-sea pipeline that will bring gas directly from Russia under the Baltic Sea will not make Germany dependent on Russia for energy, Chancellor Angela Merkel told university students in the Georgian capital Tbilisi on Friday, on the second day of her trip to the Caucasus.

”We have a decades-long history of economic cooperation with Russia, including on CO2 emissions. We have consistently been reducing our use of coal and we need natural gas coming to us via Belarus, Ukraine and Poland, that’s why we support Nord Stream 1 and 2,” Merkel noted.

She noted that Germany wanted to make sure that Russia continued delivering some gas via Ukraine even after the Nord Stream 2 pipeline was finished.

© Sputnik / Alexey Druzhinin
Putin, Merkel Agree Nord Stream 2 Should Not Be Politicized - Kremlin
Mentioning the importance of expanding the so-called “Southern Corridor” for natural gas supplies also from Azerbaijan, she still pointed out that buying gas from Russia was cheaper than buying it elsewhere.

“Europe and Russia, then the Soviet Union, had very close energy cooperation during the Cold War. We can’t afford giving up on cooperation with Russia in oil and gas. Of course, we can have natural gas coming from Azerbaijan, but the truth is that it will not be available at the price we are paying for Russian gas,” Merkel said.

Some countries that are afraid of losing revenues from Russian gas transit, above all Ukraine, are opposed to Nord Stream 2.

The project is also facing opposition from the United States, which has ambitious plans of LNG exports to Europe.

Russia has repeatedly urged its European partners not to perceive the Nord Stream pipeline as an instrument of influence insisting that the project is an entirely economic one.

Merkel: Nord Stream 2 Not a Threat to EU Energy Security