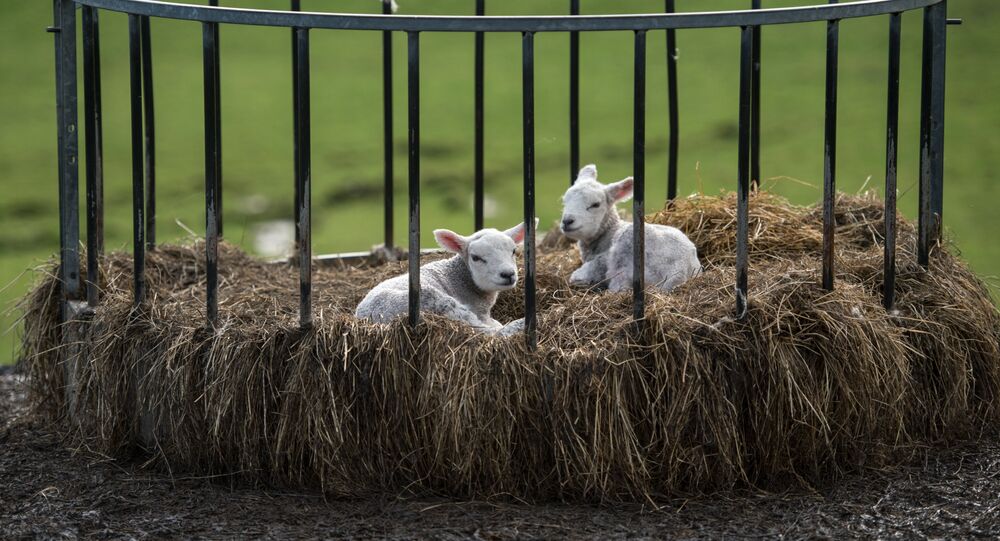 The deal, which was announced by UK Food Minister George Eustice in February, is estimated by the country's Department for Environment, Food and Rural Affairs (Defra) to be worth a whopping 25 million pounds (about 32 million dollars) over the next five years.

High-ranking British politicians and animal protection groups have lambasted the country's government for approving an agreement which stipulates that meat from lambs slaughtered without stunning will be exported to Saudi Arabia.

Tim Farron, the Liberal Democrats' food spokesperson, slammed London for showing "extreme negligence by announcing such a significant deal without full consideration of the details."

"This does not bode well, as post-Brexit the UK will inevitably receive pressure from new trading partners to open markets to low-welfare animal products," he was quoted by The Guardian as saying.

Farron was echoed by Labour MP Kerry McCarthy, who stressed that the deal indicates that the UK is already prepared to lower its standards "where trade deals are concerned."

"It gives me little confidence that [after Brexit] we won't find our higher standards on food safety, animal welfare and the environment bargained away when it comes to negotiating trade deals with the likes of the US," McCarthy underscored.

The view was echoed by Ian Woodhurst, World Animal Protection's UK farming campaigns manager, who pointed to the fact that with Britain yet to exit from the EU, the UK Department for Environment, Food and Rural Affairs (Defra) already "appear to be condoning deals that threaten the UK’s reputation for high animal welfare standards."

"This sends a signal that post-Brexit, it will become acceptable to lower animal welfare standards to secure trade deals," he emphasized.

UK Food Minister George Eustice announced the deal in April, when it was unclear whether all those lambs slaughtered in the UK for the Saudi market would be stunned before being slaughtered.

© AP Photo / Matt Dunham
Business Leaders Ask May for Clarity on UK-EU Trade Relations After Brexit
The Vet Record magazine, however, obtained evidence that the lambs would be slaughtered without being stunned, referring to the UK Halal Monitoring Committee, which specifically forbids all forms of stunning.

Islamic dietary laws, while subject to interpretation, are commonly believed to forbid animals from being stunned; the process involves the use of a captive bolt pistol or an electrical current to 'stun' animals before killing them in order to minimize their suffering. The British Veterinary Association calls for all livestock to be effectively stunned before slaughter.