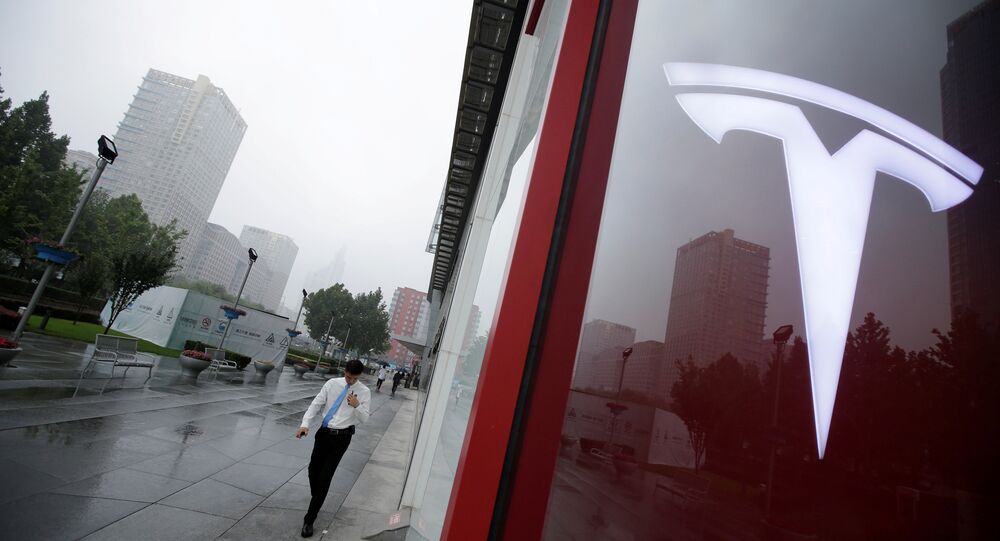 The move is seen as a Saudi attempt to get into America's more innovative industries, while diversifying its portfolio to mitigate any possible risks.

According to a report from Reuters released this past Sunday, Saudi Arabia's wealth fund PIF would allocate $72 bln into Elon Musk's struggling electric car-maker Tesla, effectively taking the company private.

"Tesla is going to be profitable and cash flow positive," Musk said. "From a Tesla standpoint, I think it is a good place."

Musk's newfound optimism comes after a series of tweets which rattled US tech stocks earlier this month. Tesla's stock has dropped more than 20 percent since the tweets were posted on 7 August, but at this point Musk sees no other option but to go private.

Tesla has introduced a decisive plan to cut its spending in order to accumulate liquidity and restore its position in a market shattered by the tumultuous process of development of its Model 3.

"There are a lot of levers they are pulling to be cash-flow neutral or positive in the second half, but there's trade-offs," Toni Sacconaghi of Sanford C. Bernstein said. "Cutting back on capex (capital expenditures) is not sustainable."

© REUTERS / Handout
Saudi Fund Backs Plan to Privatize Tesla - Elon Musk
At the same time, the Saudis are considering a sizeable investment into Lucid Motors Inc., according to Reuters' sources — a move possibly reflecting the Saudis' lack of confidence in Musk's auto endeavour.

Lucid has been engaged in talks with the Saudis for some time.

PIF's motivation appears to be clear — after the massive oil bust of 2014-2016, when crude prices dropped below Saudi Arabia's breakeven costs, the oil-rich kingdom introduced a new investment strategy.

Rather than stockpiling its cash, Saudi Arabia seeks to allocate capital into high-yielding innovative industries overseas to ensure a sustainable influx of interest and lock-in a market share in areas of future growth.

This would allow Riyadh to alleviate its dependence on oil revenues, while also providing the Kingdom with the technology and the presence in the global market outside of the energy sector.

Saudi Arabia would invest some $500 mln in Lucid as an initial capital transfer, and subsequently bring up the value of its investment to $1 bln. This is hardly a significant allocation of capital when compared with PIF's $72-billion investment in Tesla — however, the move seems to have a huge symbolic value.

Meanwhile, Chinese car-makers are also seeking to increase their presence in the American electric car market. This urge is hardly deterred by the Trump administration's crackdown on Chinese investment under its Section 301 probe. But some American investors are still optimistic about Tesla's prospects.

"The company has made some important progress with the Model 3 production and has reduced capital expenditures, but I still think they are going to need additional capital," Bruce Clark of credit rating agency Moody's said. "It's not as tight as it had been, but they have to stay on the track they've been on recently."

This additional capital is coming from Saudi Arabia — however, it is still unclear whether this investment plan will get the necessary approvals from the Committee of Foreign Investment in the US (CFIUS), particularly in the light of concerns over forced technology transfer.

While the deliberations continue, investors selling Tesla stock have made at least $1.2 bln, according to market data. Tesla's shares are trading at around $300 each, which is concerning in light of Musk's tweet from earlier this month, saying "Shareholders could either to sell at 420 (dollars per share) or hold shares & go private."

Additionally, Tesla is now under investigation from the Securities and Exchange Commission (SEC) over Musk's claims the necessary funding (the aforementioned Saudi money or other funds) has indeed been secured, as Muck has claimed.

Saudi Arabia's plans to invest in Lucid might cast a shadow on the announcement of the PIF's upcoming investment in Tesla. If the plans fall through, Musk might face allegations of misleading investors.

"The worst is over from a Tesla operational standpoint," Musk said. "But from a personal pain standpoint, the worst is yet to come."