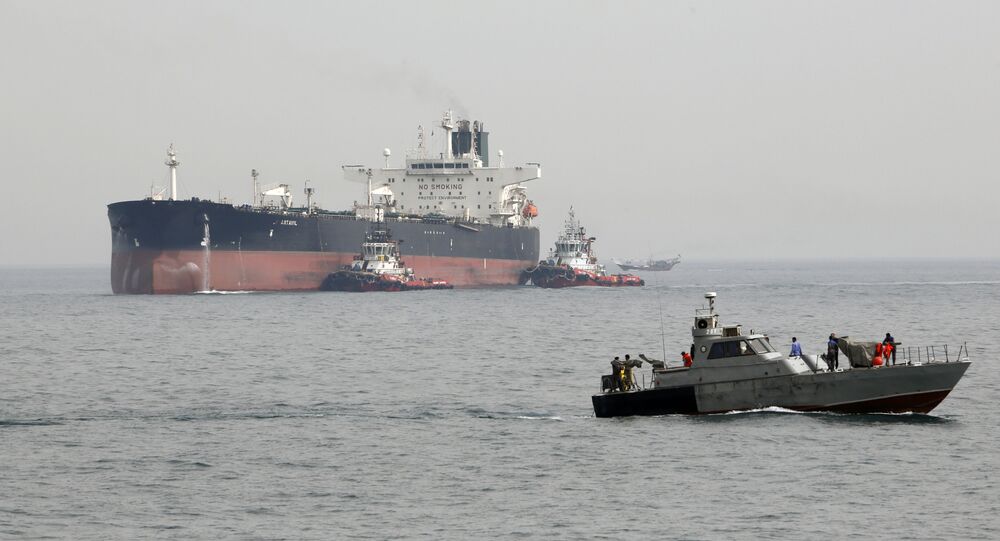 The EU previously pledged to resist US sanctions on Tehran by implementing legislation allowing European businesses not to comply with restrictive US measures against the Islamic Republic, introduced after Washington's withdrawal from the 2015 Iran nuclear deal.

Iran's Vice President Eshaq Jahangiri has expressed hope that "European countries can meet their commitments" under the Iran nuclear deal, also known as the Joint Comprehensive Plan of Action (JCPOA).

"But even if they cannot, we are seeking solutions to sell our oil and transfer its revenues," Jahangiri was quoted by Iran's state-run news agency IRNA as saying.

The statement came as Iranian Foreign Minister Mohammad Javad Zarif warned the EU against paying lip-service to its maintaining oil and banking ties with Tehran after the upcoming introduction of the second phase of anti-Iranian sanctions by Washington.

"Iran can respond to Europe's political will when it is accompanied by practical measures. Europeans say the JCPOA is a security achievement for them. Naturally, each country must invest and pay the price for its security. We must see them paying this price in the coming months," Zarif emphasized.

Earlier this month, Zarif warned Washington against keeping the "simplistic and impossible idea" of halting Tehran's oil exports and stated that otherwise the US would face "consequences."

Islamic Revolutionary Guards Corps Commander Major General Mohammad Ali Jafari, for his part, has warned that Tehran may close the Strait of Hormuz to oil traffic from the Persian Gulf if Washington renews sanctions against the Islamic Republic.

Although Brussels has promised to grapple with Washington's sanctions on Tehran by adhering to legislation allowing European businesses not to comply with US measures against Iran, some major European companies such as French oil giant Total and French carmaker Renault have already suspended plans to invest in the Islamic Republic since the first phase of US sanctions came into effect on August 7.

Washington plans to add Iranian oil and gas to the sanctions during the second phase, due to be reintroduced in November as part of US President Donald Trump's decision to withdraw from the Iran nuclear deal.