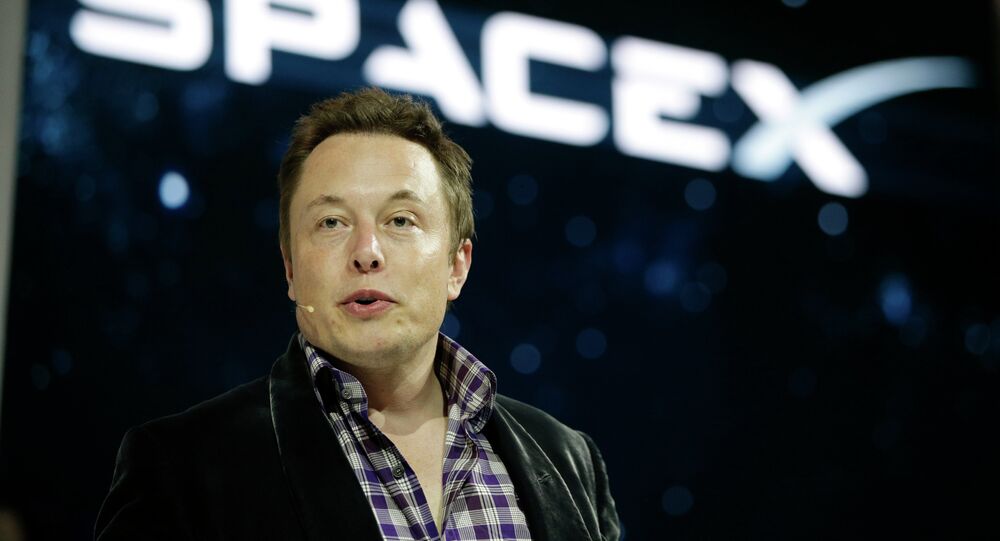 A musician who was going to do a collaboration with Elon Musk’s girlfriend, Canadian singer-songwriter Grimes, says that she was stonewalled from doing just that because Grimes was coddling Musk “for being too stupid to know not to go on Twitter while on acid.”

Musician Azealia Banks said in an Instagram story captured and widely shared that she arrived at Musk's residence to meet Grimes, only to waste away her weekend while the electric car executive pouted about Twitter and sucked up Grimes' time, preventing the collaboration.

​Banks, a firebrand in her own right, made an Instagram story in which she called the two "crackheads" and said "He's on tweeting on acid [f*cking] up his own stocks and what not," Jalopnik reported Monday.

​Musk sent a tweet on August 7 that may have landed his electric car company in a whole lot of trouble. "Am considering taking Tesla private at $420 [per share]. Funding secured." The stock shot up following the positive news.

On Monday, Musk published an "Update on Taking Tesla Private" on the company's blog. It turns out he does not have any concrete commitments to buy up the company's outstanding shares and go private. Analysts said about $60 to $70 billion would be required to take the company private, which is no small chunk of change.

The good news is that Elon says he had some friendly discussions with Saudi Arabia's Public Investment Fund.

"Recently, after the Saudi fund bought almost 5% of Tesla stock through the public markets, they reached out to ask for another meeting. That meeting took place on July 31st. During the meeting, the Managing Director of the fund expressed regret that I had not moved forward previously on a going private transaction with them, and he strongly expressed his support for funding a going private transaction for Tesla at this time. I understood from him that no other decision makers were needed and that they were eager to proceed," Musk wrote August 13.

"I left the July 31st meeting with no question that a deal with the Saudi sovereign fund could be closed, and that it was just a matter of getting the process moving."

How firm was the Saudis' offer? "So secure that preliminary non-binding abstract discussions of a hypothetical deal continue," Matt Levine wrote in a report for Bloomberg Monday.

After his tweet about privatizing Tesla, Musk said he "continued to communicate with the Managing Director of the Saudi fund. He has expressed support for proceeding subject to financial and other due diligence and their internal review process for obtaining approvals. He has also asked for additional details on how the company would be taken private, including any required percentages and any regulatory requirements."

So the funding appears to be at least one degree less than fully secured. If Riyadh's PIF had signed a binding term sheet requiring it to pony up the cash Tesla needs to go private, then Musk could have accurately said funding was secured.

On Wednesday, the US Securities and Exchange Commission served Tesla with a subpoena after initiating an inquiry into Musk's tweet, the New York Times reported, citing one person familiar with the regulator's investigation. Fox Business' Charles Gasparino confirmed that the SEC had subpoenaed Tesla.

If Musk was tripping on LSD before writing the tweet that has mired Tesla in an SEC probe, that would potentially complicate the investigation and make 2018 a year Musk would like to forget. A spokesperson for Tesla called Banks' remarks "complete nonsense," while Musk told Gizmodo he has "never even met [Banks] or communicated with her in any way."

Last month, Musk called a British diver who helped rescue children trapped in a cave in Thailand a "pedo guy," then apologized to the diver and begged environmental nonprofit the Sierra Club to publicize his financial contributions to boost his public image. The Sierra Club executive who complied with Musk's request then received backlash from other employees at the nonprofit, who blasted Musk for opposing unions, Bloomberg reported.