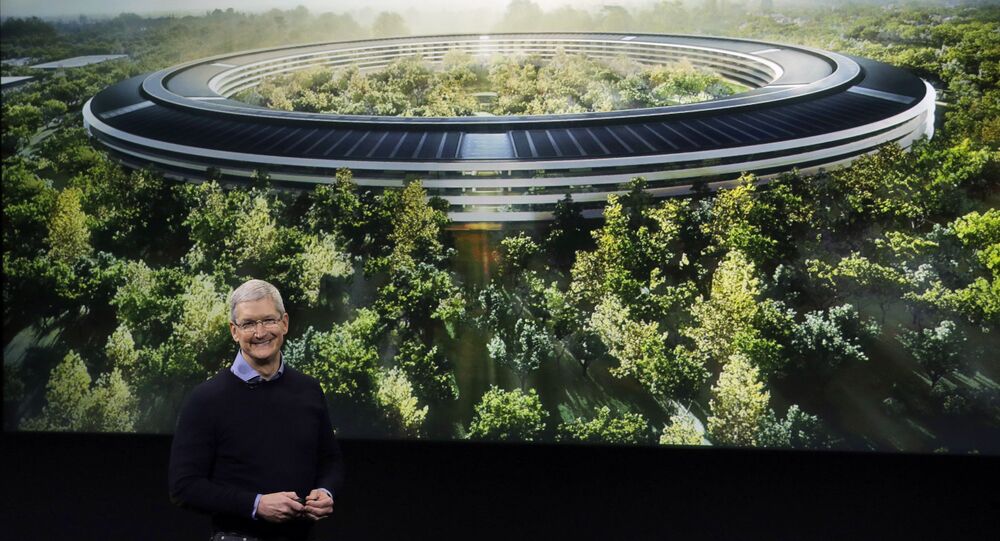 Apple Claims HQ Buildings Worth $200 to Save on Tax Bill

The United States’ first trillion-dollar company by market capitalization, Apple, told tax collectors that buildings in and around the company’s headquarters in Cupertino, California, were worth just $200 in an effort to save money on its tax bill.

According to a review carried out by the San Francisco Chronicle, the California iPhone and Macbook maker said that its properties clumped around Apple Park were worth $200, even though the county assessor had put the value of the same properties at $384 million. At Apple's prices, it would be cheaper to scoop up the physical property around its headquarters than it would be to buy a laptop from the tech giant.

In another instance, when Apple viewed a different property as worth $200, the assessor said the same property was valued around $1 billion, the Chronicle reported, citing an appeal application made by the company with tax authorities in 2015.

The company has 489 appeals logged since 2004 that have yet to be reconciled. About $8.5 billion in property value is under dispute, according to the newspaper.

"How much will a company pay in attorneys' fees and expert witnesses for a potential payday of $100 million? They've spent millions, but there's millions at stake."

An spokesperson for Apple declined to comment to the SF Chronicle, though the report claims that Apple paid more in corporate income taxes than anyone in the country after paying $56 million for the 2017 to 2018 tax year.

On August 2, Apple hit a $1 trillion market valuation, a new record in US history for public companies, CNBC reported.

This "aggressive strategy" to trim Apple's tax bill mirrors prior efforts, The Hill reported. EU authorities ruled last year that the tech company owed $14 billion in back taxes to Ireland after benefitting from an improper tax arrangement, The Hill added.