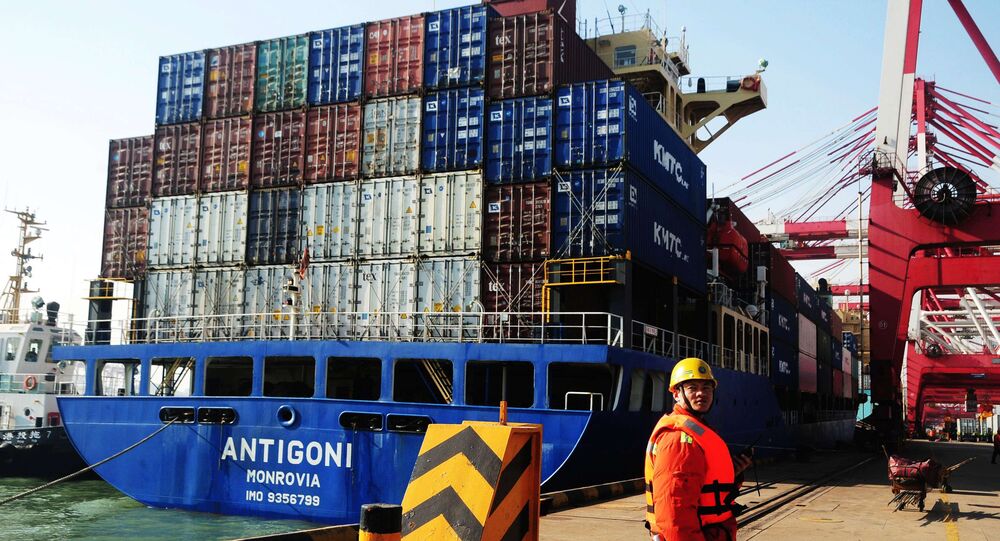 A cargo vessel full of soybeans from the United States has finally docked in a Chinese port after a month of uncertainty. The ship is reportedly the first victim of the ongoing US-China trade war as Beijing imposed billions of dollars in tariffs on American goods.

What started as a routine shipment into Chinese territories swiftly became a disaster for the Peak Pegasus, which was carrying a payload of 70,000 tons of US soybeans.

The container vessel was en route to the port city of Dalian when it was forced to circle aimlessly after Beijing placed 25 percent import duties on $34 billion worth of US products July 6, Reuters news agency reports.

The measures were reciprocated in response to US president Donald Trump ongoing trade war, where he imposed $34 billion in tariffs affecting around 818 types of Chinese products, mostly industrial components, X-ray machine components and others.

A casualty of the #tradewar: Peak Pegasus, the US cargo ship carrying over $20m in soybeans, has been circling aimlessly at sea for a month after failing to beat the Chinese #tariffs deadline on July 6. The fate of the ship is still uncertain. pic.twitter.com/Fi4u0o85SB

Two other cargo ships, the Star Jennifer and Cemtex Pioneer, have not been so fortunate and remain anchored off the Chinese coast for several weeks.

Soybeans are used to make animal feed, cooking oil, and a host of food products for consumers, garnering $12.7 billion in trade in 2017. China additionally imports from Brazil and purchased 19 cargoes in late June.

Last year, China imported close to 33 million tons of soybeans from the US and accepts around 62 percent of the US's total soybean exports per annum, CGTN noted. Beijing has also begun cancelling orders of US soybeans and replacing them with other suppliers.

"There will be a supply deficit from the fourth quarter as crushers won't have enough supplies if they don't take U.S. soybeans," Shanghai Shenkai Investment Company Gao Yanbin told Bloomberg July 3.

Brazil has replaced many of China's US soybean purchases, as they are $15-20 cheaper per ton compared to US Gulf shipments, Reuters stated last May. Brazil's exports are currently being marketed aggressively due to the falling Brazilian Real.