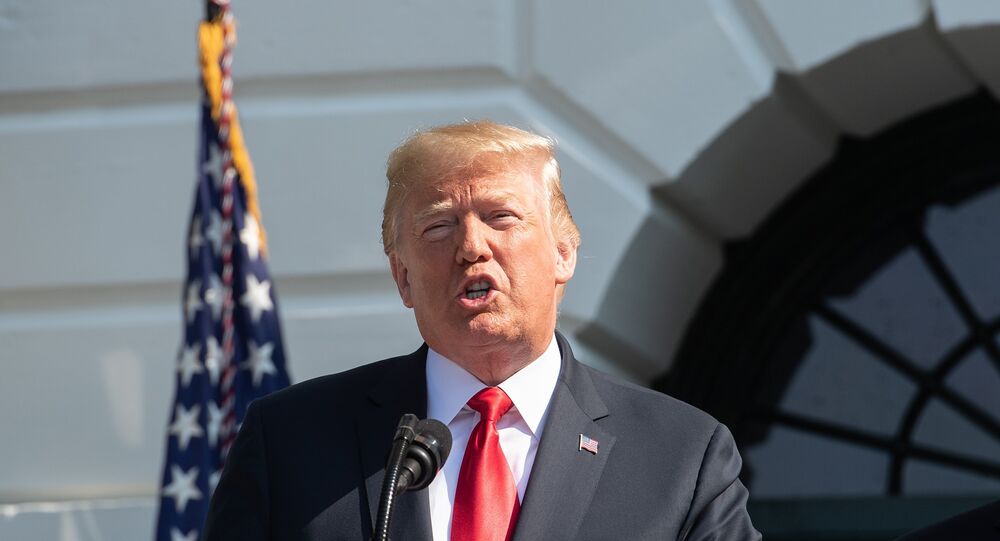 WASHINGTON (Sputnik) - US President Donald Trump said in a statement on Friday that he has doubled the steel and aluminum tariffs already in place against imports from Turkey.

"I have just authorized a doubling of Tariffs on Steel and Aluminum with respect to Turkey as their currency, the Turkish Lira, slides rapidly downward against our very strong Dollar! Aluminum will now be 20% and Steel 50%," Trump said in a Twitter message.

Trump added that relations between Turkey and the United States are "not good at this time."

In response, Turkish Foreign Ministry vowed to retaliate against US restrictive measures, stressing that Washington will not get results by imposing sanctions on Turkey.

"It is impossible to correlate the decision by President Trump to impose additional duties on steel and aluminum to the World Trade Organization rules. The US should know that they will not be able to achieve any results by such sanctions and pressure. They will only damage our allied relations, which have withstood serious difficulties.  As before, all steps taken against Turkey will receive a necessary response," the ministry said in a statement.

Turkish Trade Ministry, in turn, pointed out that the US extra tariffs are against the World Trade Organization (WTO) rules.

"Turkey expects other member countries to abide by international rules," the ministry added.

Meanwhile, following Washington's announcement, the exchange rate of the Turkish lira collapsed by more than 16 percent to the US dollar and reached the all-time low.

© AP Photo / Emrah Gurel
US Mulls More Sanctions Against Turkey as Talks on Pastor Brunson Fail – Reports
Last Wednesday, the United States announced that it would impose sanctions against Turkish Justice Minister Abdulhamit Gul and Interior Minister Suleyman Soylu over allegedly having "leading roles" in the imprisonment of US pastor Andrew Brunson as well as in other cases of alleged human rights abuse.

Turkey's Erdogan Defiant Amid US Tensions: 'They Have Dollars, We Have Our God'