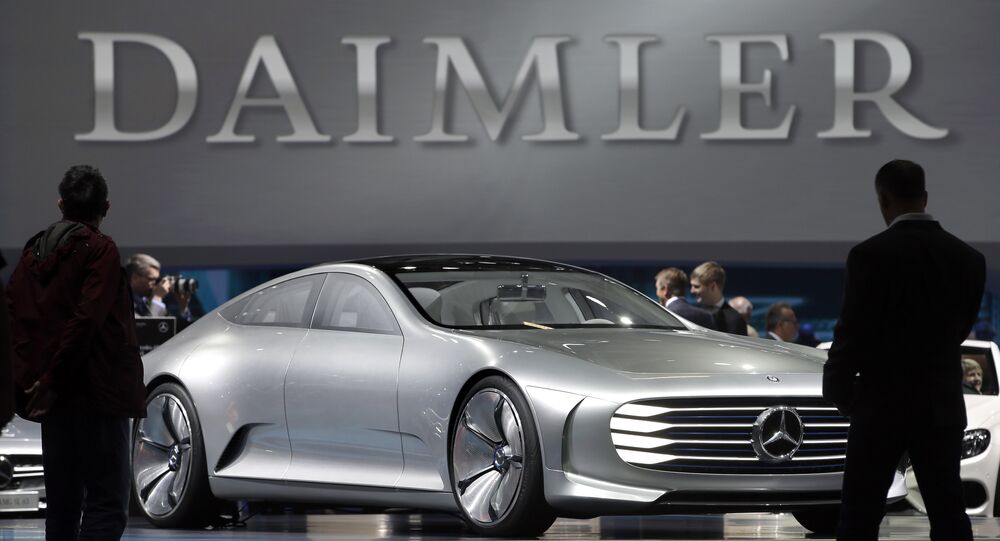 BERLIN (Sputnik) - Germany's Daimler AG multinational automobile concern said on Tuesday that it had suspended all activities in Iran in connection to the reimposition of US sanctions that target companies doing business with the Islamic Republic, adding that it would closely monitor the situation around the Iran nuclear deal's future.

"We have suspended our activities in Iran which were anyway very limited, until further notice according to applicable sanctions… We will continue to closely monitor the political developments, especially in connection with the future of the nuclear agreement," the statement said.

The company added that the Iranian economy and the country's automobile market were developing much weaker than expected and Daimler AG had not managed to resume the sale of Mercedes-Benz cars and trucks in Iran.

In response to Washington's reimposition of anti-Iranian sanctions, the European Union activated earlier on Tuesday its Blocking Statute, protecting the European companies from the application of sanctions by a third country, in order to exempt the EU firms from complying with the US sanctions against Iran.

© REUTERS / Raheb Homavandi/Files
Germany to Protect Its Companies’ Exports, Investments in Iran From US Sanctions
On Monday night, the United States reinstated comprehensive sanctions against Iran, including secondary sanctions targeting states doing business with the country, which were previously frozen by the Joint Comprehensive Plan of Action (JCPOA), also known as the Iran nuclear deal.

In May, US President Donald Trump announced that his country would exit the 2015 JCPOA, which stipulated the gradual lifting of the anti-Iran sanctions in exchange for Tehran maintaining the peaceful nature of its nuclear program. In addition, Trump decided to reinstate the previously lifted sanctions on Iran. The unilateral move has been opposed by other signatories to the agreement, which pledged commitment to the deal.