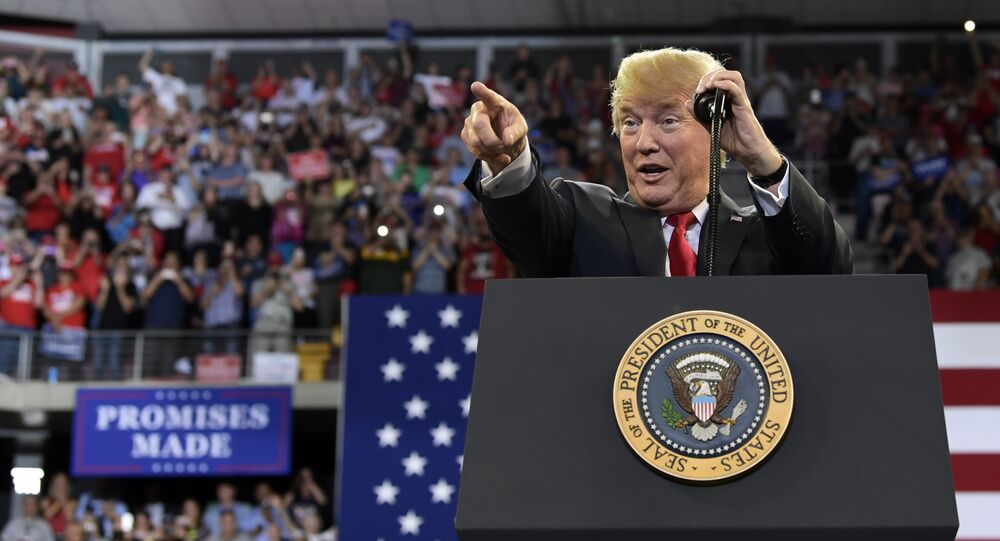 US President Donald Trump tweeted on Tuesday that the newly imposed sanctions against Iran are "the most biting," adding that in November they would "ratchet up to yet another level."

In the same tweet, the US president added that anyone, who was doing business with Iran, wouldn't be doing it with the US.

READ MORE: Bolton: Iran Should "Come to the Table" If Wants to Avoid US Sanctions

© REUTERS / Aly Song
'Main Beneficiary of US Sanctions on Iran Will Be China' – Political Commentator
In May, Trump announced that the United States would be pulling out of the Joint Comprehensive Plan of Action (JCPOA), also known as the Iran nuclear deal, signed in 2015 in Vienna by Iran, the European Union, China, France, Russia, the United Kingdom, the United States, and Germany.