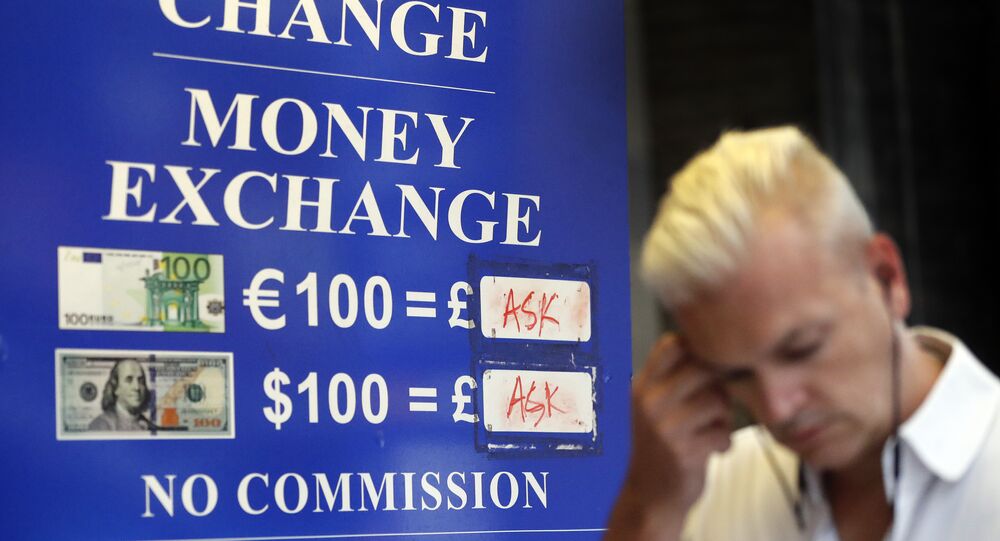 The British currency, pound sterling, made a notable move in the markets on Monday, albeit not a favorable one for the UK economy rocked by Brexit uncertainty. The pound was trading at 1.30 against the US dollar for the first time in almost a year.

Fluctuations of British currency have been largely attributed to developments in Brexit negotiations between London and Brussels.

© CC0
Financial Limbo for Pound Sterling Amid Brexit Oblivion
The deadline for the UK government to reach a divorce deal with the European Union is fast approaching. Time is running out for the powers in Westminster to achieve the best possible trade deal for the country before it quits the EU on March 29, 2019.

Over the weekend, the UK Secretary of State for International Trade Liam Fox told The Sunday Times newspaper, he estimated the odds of a no deal Brexit at "60-40."

On Monday, a spokesman for British PM said that Theresa May continues to believe a Brexit deal with EU is the most likely outcome of talks. The PM still believes that no deal is better than a bad Brexit deal, the spokesman added.

Disagreements in the UK government Cabinet have affected the national currency not so long ago, when following the meeting at the Chequers a number of senior officials submitted their resignations.

Exit of Britain's Foreign Secretary Boris Johnson and Brexit Secretary David Davies from the government in July led to uncertainty in the currency markets and therefore a dip in the value of the pound, which fell down at US$1.32 against the US dollar.

Concerned with the pace of Brexit negotiations and lack of success, British businesses have recently signaled their patience is at breaking point and the uncertainty around the exit plan is overwhelming

#Brexit negotiation can reach good outcome. We must solve withdrawal issues incl. Ireland/NI. EU wants new partnership w/ UK on security & w/ ambitious FTA at its heart. We can do this based on #EuCo principles: indivisibility of 4 freedoms & EU autonomy https://t.co/wFaTpyql2g

British and European officials aim to reach a deal by October 2018 in order to give MPs and MEPs chance to scrutinize it.