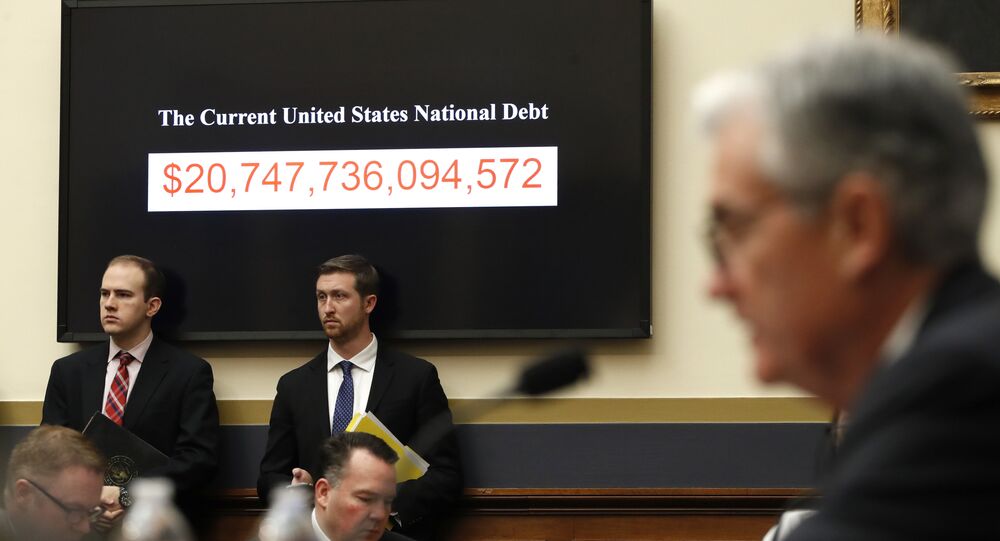 Moscow Plundered Its Holdings of US Sovereign Debt Amid Sanctions

Experts and politicians speculating on Russia's US debt dump aren't jumping on the 'revenge' theory.

Russia has sold 84 percent of the US Treasury bonds it possesses — worth $81 billion — between March and May, US Treasury data showed. The timing of the major debt dumping overlaps with US imposing sanctions against Russian major aluminum producer Rusal that curbed its positions.

Still, experts interviewed by the CNN did not rush to the conclusion that it might have been Moscow's revenge. Eugene Chausovsky, senior Eurasia analyst at consulting firm Stratfor, pointed out that the amount of US debt that Russia used to hold was nothing to compare with the $1.2 trillion owned by China. He explained that Moscow couldn't do any significant harm to US economy by the move.

READ MORE: Weaponizing the Debt: How Dumping of US Treasuries May Dethrone the Dollar

Analyst at consulting firm Eurasia Jason Bush admits that the "revenge" theory exists, but noted that there could also be another scenario. According to him, Moscow might have dumped the US debt to prevent it from being frozen of seized by any new US sanctions.

Kevin Giddis from Raymond James, when interviewed by CNBC, pointed out that the amount of US bonds Moscow held was "insignificant" in comparison to the whole market. He added that the selling was likely called by "part sanctions and part portfolio adjustment."

READ MORE: Clock's Ticking: Congressman Warns About ‘Debt Bomb' Threat to the US

Russian Central Bank chief Elvira Nabiullina in her official comment said that the move was part of the diversification attempts by the bank. She added that in its actions, the central bank assesses all risks — financial, economic and geopolitical.

US Lawmakers to Introduce Bill to Sanction Russia's Sovereign Debt

Russia Sells Off Billions in US Debt Amid Skyrocketing Tensions