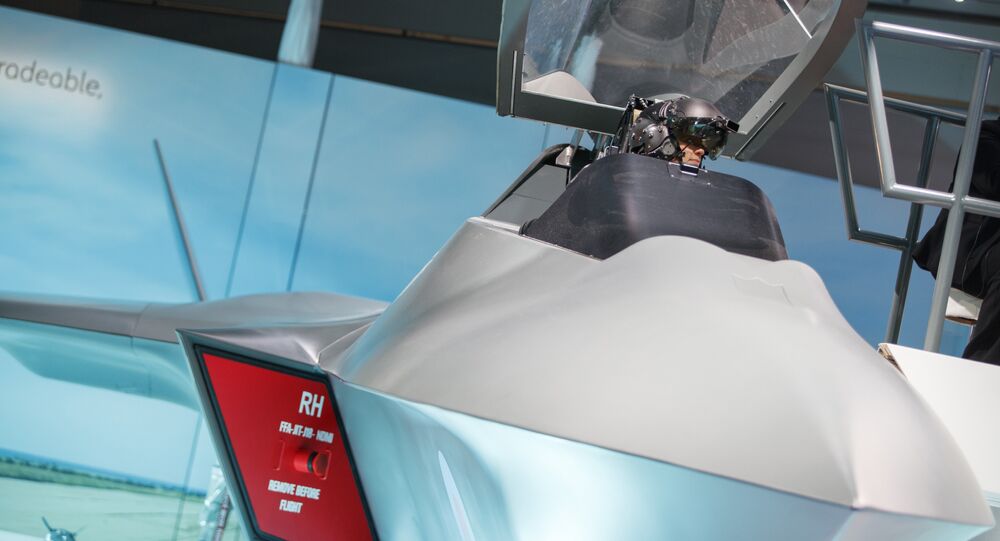 Earlier, British media cited Tom Enders, chief executive of the French-based aircraft manufacturer Airbus, as saying that his company is considering the consolidation of efforts "eventually into one" in a bid to create a sixth-generation fighter jet which could compete with the US-made aircraft.

Airbus is not poised to join efforts on its jet fighter production –related business with that of Britain's BAE Systems, Tom Enders, chief executive officer (CEO) of the French-based aircraft manufacturing giant, told reporters on Thursday.

"Of course, I was not suggesting that we should merge the military aircraft activities of BAE, Airbus and whoever else right away," Enders emphasized.

He explained that he actually suggested that "it [the merger] makes a lot of sense as we have two projects in Europe […] that politicians as well as industrialists try to converge those, and that there is time to do that because the developments are still some years away."

Earlier this week, the Sunday Times cited Enders as saying it was time to "seriously look at consolidating and coalescing efforts eventually to one".
According to him, "there's just no room for three different programs, not even for two."

The Airbus CEO is interested in the creation of a sixth-generation fighter jet which "could be competitive with the Americans". Right now, three companies, including BAE’s Eurofighter Typhoon, France's Dassault's Rafale and Swedish Saab's Gripen, are contending for contracts and investment.

In June, Airbus announced that a possible no deal Brexit scenario would have "catastrophic" consequences and that it would force the aircraft giant to reconsider its long-term position in the UK, putting at risk some 14,000 jobs in the country.