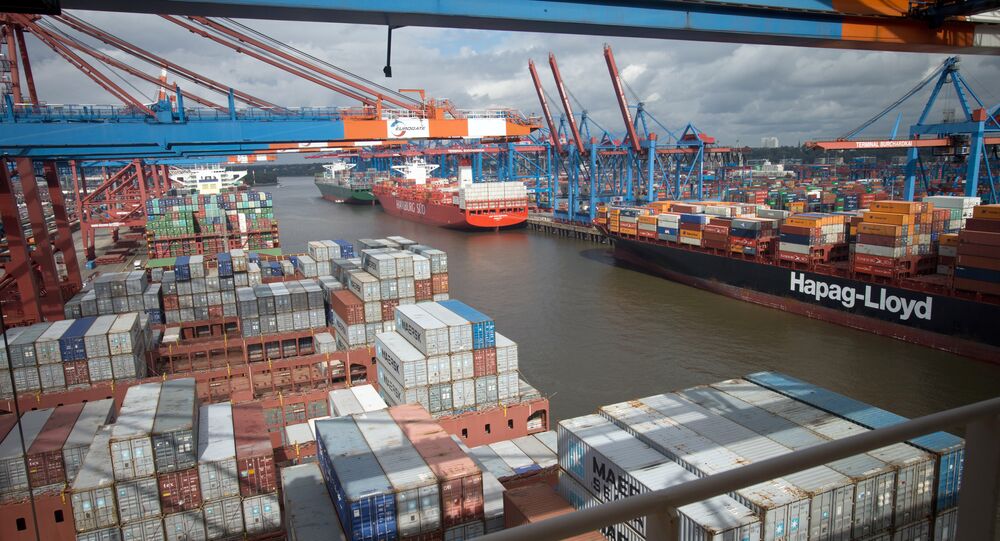 The US imposing tariffs on steel and aluminum as well as President Trump's threats to slap trade levies on EU cars prompted warnings that a full-fledged trade war is already on the horizon.

President Donald Trump has responded to criticism over his decision to impose tariffs against US allies, tweeting that the "end result will be worth it".

"Every time I see a weak politician asking to stop trade talks or the use of tariffs to counter unfair tariffs, I wonder, what can they be thinking? Are we just going to continue and let our farmers and country get ripped off?" he wrote on his Twitter page.

When you have people snipping at your heels during a negotiation, it will only take longer to make a deal, and the deal will never be as good as it could have been with unity. Negotiations are going really well, be cool. The end result will be worth it!

The tweets came after EU Trade Commissioner Cecilia Malmstrom announced that if Washington finally decides to impose duties on European cars, the EU Commission will introduce tariffs on US goods worth at least 20 billion dollars (about 17 billion euros).

"We hope that it doesn't come to that and that we can find a solution. If not, the EU Commission is preparing a rather long list of many American goods. It would be around $20 billion," Malmstrom said, telling the Swedish newspaper Dagens Nyheter.

READ MORE: Trump Slams EU as 'Possibly as Bad as China' on Trade Amid Tariffs Row

She said that possible new European tariffs will target the US's "more general goods such as agricultural products, machinery, high-tech products and other things."

The EU's Budget Commissioner Guenther Oettinger, for his part, warned that Brussels would only discuss mutual tariff cuts with Washington if the US scraps its tariffs on aluminum and steel imports.

"Firstly, our common line is that we expect the existing punitive tariffs to be lifted. Then we are ready to discuss a reduction and restructuring of all tariffs in all sectors. In this way, we want to avoid a further escalation of the trade conflict, and to avoid a trade war," he underscored.

The remarks came as US President Donald Trump called for a mutual cancellation of "all tariffs, barriers and subsidies" in trade with the EU so as to ensure "fair trade," a topic that is expected to be on the table during Trump's talks with European Commission President Jean-Claude Juncker later on Wednesday.

Earlier in July, Malmstrom cautioned that "if the US would impose these car tariffs that would be very unfortunate," noting that the EU is preparing a list of counter-measures "in the same way as with steel and aluminum."

© AP Photo / Kamil Zihnioglu
'Trade War' Is a Reality: French Finance Minister Urges US to Recall Tariffs
The warning was preceded by Brussels submitting to the US Department of Commerce a 10-page document, in which the EU expressed its stance on import duties on cars, which it said were "unjustifiable" and "senseless" from an economic point of view.

In mid-July, President Trump announced that Washington was considering the introduction of 20 percent duties on all vehicles assembled in the EU.

US-EU relations have been tense since June, when Brussels imposed tariffs on iconic US goods, such as Harley-Davidson motorcycles, jeans and whiskey, worth $3.3 billion, in a tit-for-tat response to Trump's move to introduce 25-percent tariffs on steel imports and 10-percent duties on aluminum.

Merkel: EU Ready to Discuss Tariffs With US, May Take Retaliatory Measures