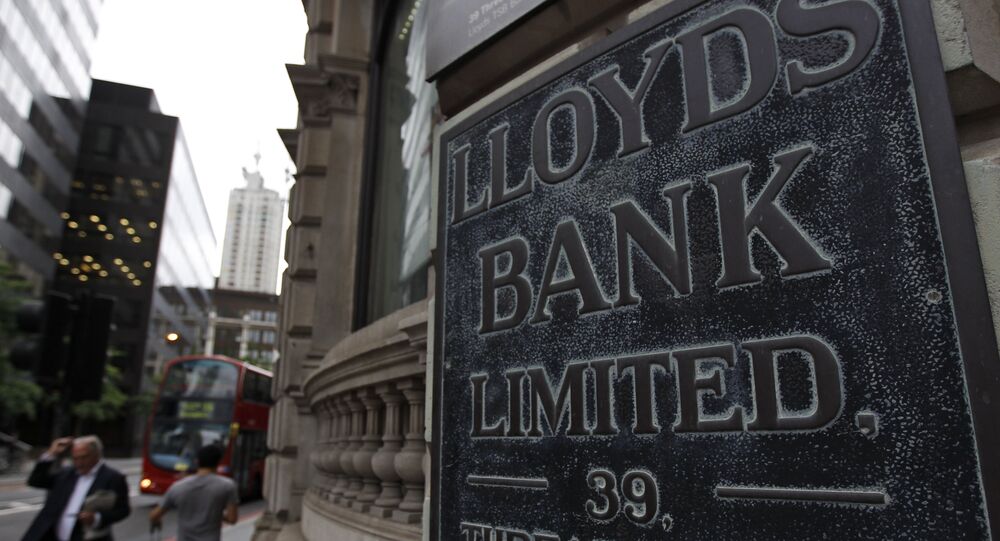 Last week, the British government scrapped its previous plans to maintain close cooperation with the EU in the financial sector after the UK's withdrawal from the bloc by March 2019.

Lloyds Banking Group, one of the oldest banks in the UK, has announced plans to operate three different subsidiaries in continental Europe after the country's exit from the EU.

"One [subsidiary] is likely to be in Frankfurt and the location of the second is yet to be confirmed," Reuters quoted the source as saying on Wednesday.

The source added that the Frankfurt office of the UK's largest mortgage lender will specifically deal with Eurobonds-related transactions.

The office will not have a full-fledged banking license, but plans to receive German regulatory approval for the requisite investment firm license, according to the source.

The third branch will be tasked with handling insurance operations, which are now consolidated in the Lloyds subsidiary Scottish Widows Bank.

The announcement came after Reuters quoted separate sources as saying earlier this year that Lloyds intends to run its continental business in Europe from one new subsidiary in Berlin after Brexit.

© CC BY 2.0 / muffinn / Brexit sailing apart - bon voyage
EU to Notify UK Businesses of Halting Financial Support in Case of Hard Brexit - Reports
In late November 2017, the Bank of England reported that all of the country's leading banks would survive a possible financial meltdown following the UK's withdrawal from the EU.

The Bank of England cited the UK's biggest lenders passing its stress tests, which will allow them to continue lending money to support the British economy even if there is a "cliff edge" exit with no agreement being reached with the EU before the March 2019 deadline.