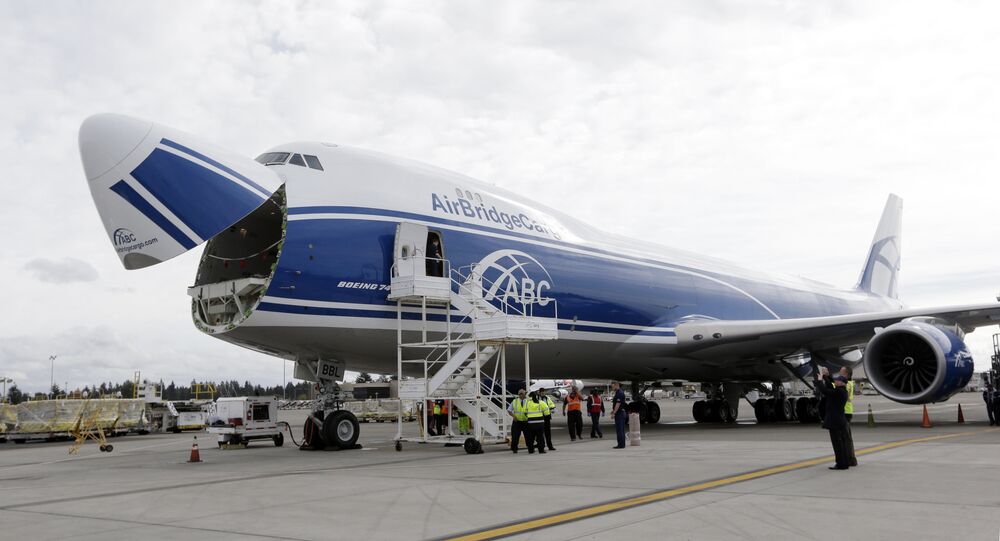 A Russian company, which specializes in transporting enormous items such as military and oilfield equipment, has signed a deal to buy $12 billion worth of cargo planes from Boeing. The planes will replace Volga-Dnepr Group's aging fleet of Antonov aircraft.

The deal, announced at the 2018 Farnborough International Airshow in Britain, includes an order for five Boeing 747-8 Freighters — worth US$2 billion and a letter of intent to acquire 29 Boeing 777 Freighters, worth US$9.8 billion.

Volga-Dnepr Group and its UK-based subsidiary CargoLogic Holding also signed a package of agreements with Boeing for crew management and future development.

"This is a very significant day in our company's history. With this package of agreements, we will grow our business with the unique and unmatched 747-8 Freighter and open new market opportunities with the 777 Freighter, the world's longest range twin-engine cargo jet," said Alexey Isaykin, President of Volga-Dnepr Group and Chairman of CargoLogicHolding.

"We will work with Boeing to develop new freighter solutions that will help us continue to serve the unique and fast-changing requirements of our global customers."

Volga-Dnepr Group is known for its fleet of huge Antonov An-124 Ruslan planes, but the Ukraine-based company, who date back to the Soviet Union, have closed down production and forced Russian companies to look elsewhere.

Excited to expand our @volgadneprgroup partnership with new agreements that include 29 #Boeing 777 Freighters, five 747-8 Freighters and services for its cargo business. #BoeingFIA #FIA18 https://t.co/MhtwojbPmu pic.twitter.com/F68t6WFez8

The entire nose cone of the Boeing 747-8 lifts up, like the Antonov, allowing large and bulky items to be loaded quickly and without danger of being damaged.

"We are true believers in the 747-8 Freighter, it is a very special airplane. We fly it every day and we understand why operators around the world want more of them," said Mr. Isaykin.

The air freight market saw a 10 percent rise in demand last year and Boeing has captured more than 100 orders and commitments for production and conversion this year.

"We are extremely honored that Volga-Dnepr Group and CargoLogicHolding have once again placed their trust on Boeing's freighter family to carry their business into the future. We look forward to expanding our relationship with our great partners and delivering new freighters to them for many years to come," said Boeing Commercial Airplanes' president and chief executive officer, Kevin McAllister.

CargoLogicAir, which was set up in 2015, operates mainly out of Stansted airport, north east of London.