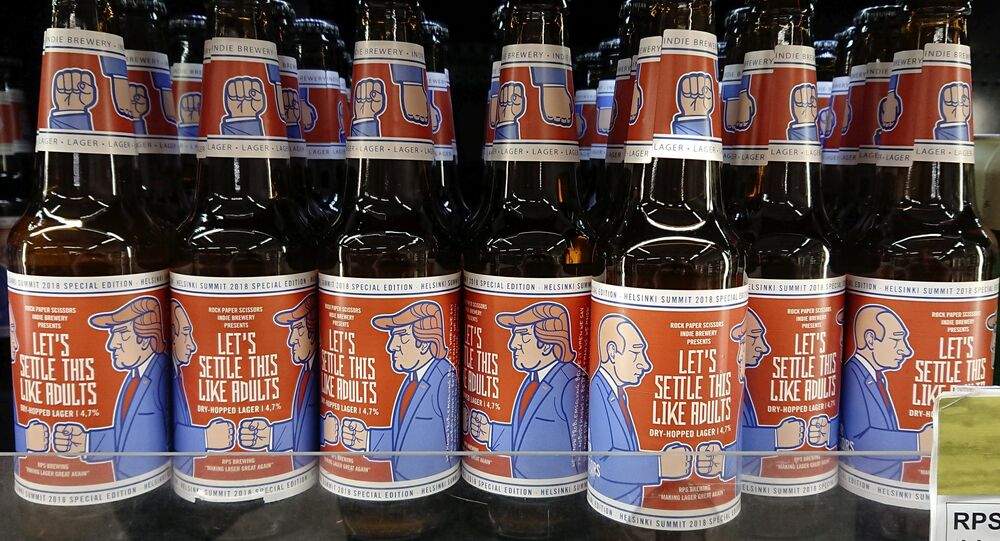 Beer specially produced to mark the upcoming meeting of Russian President Vladimir Putin and his US counterpart Donald Trump in Helsinki has proved tremendously popular in Finland, with many taking occasion by the forelock and opting for bulk purchases.

The bottles feature a schematic image of the Russian and American presidents, with their fists facing each other, and captioned “Let’s settle this like adults,” Russian media reported. The light spirits were taken to a wealth of retailers across the country, and incidentally, in some of Helsinki’s souvenir shops the beer has already sold out: in a number of locations, buyers took boxes of it at once.

The first batch ahead of the Russia-US summit was originally supposed to amount to 10,000 bottles. The Finnish brewery, Rock Paper Scissors, also promised to supply the beer to a number of restaurants in Helsinki, Tampere, Kuopio, Espoo and Joensuu.

Putin and Trump are expected to discuss ties between Moscow and Washington, as well as other international issues in the Finnish capital on July 16, which will mark their first bilateral meeting. The two heads of state have previously only met on the sidelines of international gatherings.