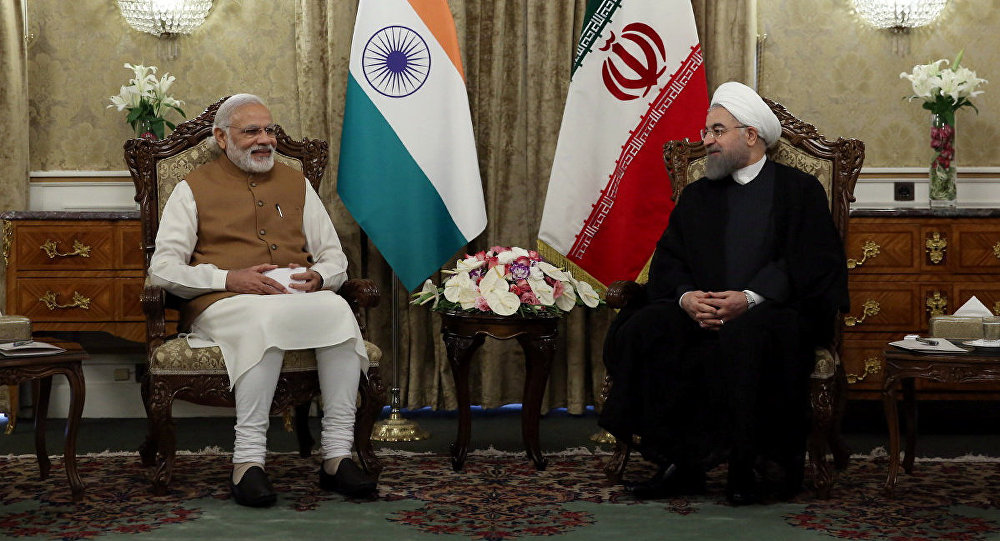 Indian officials are scheduled to discuss at length the US sanctions on Iran with a delegation of US experts, which is expected to arrive in New Delhi on July 16.

New Delhi (Sputnik): India's minister of petroleum and natural gas, Dharmendra Pradhan, has stated that the country's requirement will be the deciding factor before any steps are taken in line with the US sanctions on Iran. Pradhan added that there was no contradiction within the government and that it would make a decision before the US sanctions are implemented, i.e., November 4.

"There is no contradiction in our thinking on any issues. We will first ensure that our energy demands are met. Priority will be given to national interest," said Petroleum Minister Dharmendra Pradhan, as quoted by Business Line.

"We will first look at our national interest. India's energy basket has multiple sources now. Our focus will be to see that our requirement is not affected, and to ensure this, we will do what we have to do. But, we will also keep a watch on global geopolitics," Pradhan said.

The statement comes after The Tehran Times, in a scathing attack on the Indian government, criticized the flip-flop policy and blamed New Delhi for turning its back on a promise made by the minister of external affairs, Sushma Swaraj, a few weeks ago. Swaraj had rebuked the Trump administration and declared that India would not recognize sanctions unilaterally imposed by any entity other than the United Nations.

READ MORE: India Not Bound to Abide by US Sanctions — Foreign Minister

"A few days ago, less than a month after Swaraj's statement, India buckled under the overwhelming U.S. pressure, betraying national interest and confirming its status as a pygmy, rather than a giant," The Tehran Times wrote in a recent article.

The Indian government has indicated that it will make a decision on crude imports from Iran after discussing the issue with the Trump administration. Besides expecting some kind of waiver from the US, the Narendra Modi government is also examining options such as stepping up its rupee-rial arrangement for oil imports from Iran.