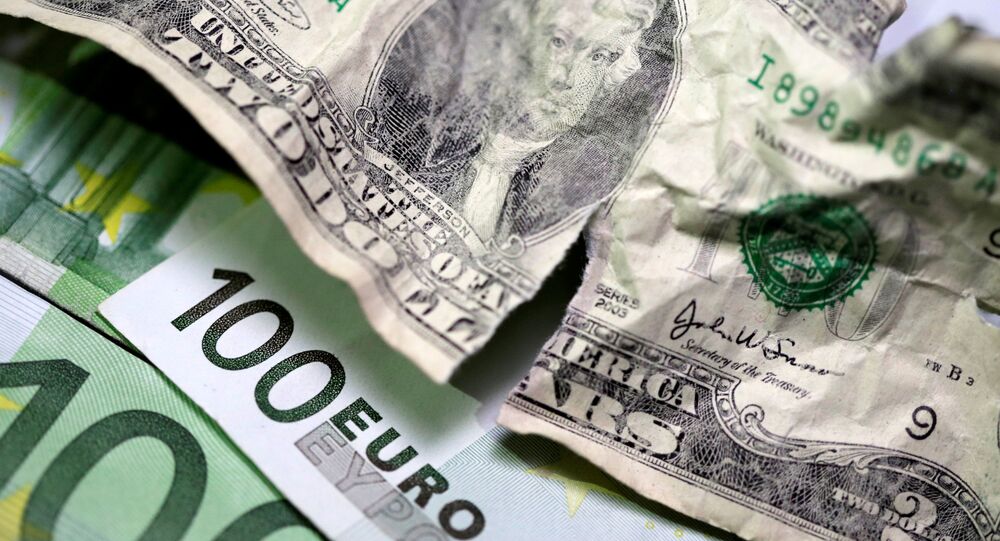 Since Donald Trump pulled out of the Iran nuclear deal and announced that the US would impose punitive measures on the Islamic Republic within the next months, European officials have been struggling to bypass US secondary sanctions against European companies operating in Iran and work out a way to continue cooperating with Tehran.

The Iranian government is seeking the withdrawal of $353 million from Europaeisch-Iranische Handelsbank AG, a bank based in the German city of Hamburg, where Tehran keeps some of its assets, according to Bild. As the report states, the bank is managed by the German Federal Bank, which is to hand the sum in cash to representatives of the Islamic Republic, if the transaction is approved. The money would then be transported on board of an Iranian aircraft to the Middle Eastern country.

The newspaper, citing high-ranking officials, claims that the German chancellor’s office, Foreign Ministry and Finance Ministry have been contacted at the highest level with the withdrawal request. A high-ranking official of the Iranian central bank, Ali Tarzali, who has been subjected to US sanctions, is leading the negotiations on behalf of Tehran.

The German Financial Supervisory Authority (BaFin) is reportedly reviewing the request under the “Banking and Money Laundering Act."

Neither the Foreign Ministry nor the Finance Ministry have yet confirmed or denied the reports, according to Reuters. The Bundesbank, as well as eihbank, declined to comment.

The Islamic Republic has justified its request by stating that it needs the money "to provide Iranian individuals with cash for overseas trips after they were denied access to the recognized credit cards” following the re-imposition of sanctions after the US pulled out of the Iran nuclear deal.
President Donald Trump announced Washington’s unilateral pullout from the Iran nuclear deal and the decision to re-impose sanctions against the Islamic Republic on May 8.

Other signatories to the landmark deal, including the US’s European allies France, Germany and the EU, reaffirmed their commitment to the agreement, with EU officials struggling to shield European companies operating in Iran from US secondary sanctions. While the bloc’s officials try to come up with a decision, some firms prefer not to wait.

So, French shipping company CMA CGM, one of the world’s largest cargo shipping companies, recently announced that it would stop doing business with Iran out of fear of becoming embroiled in US sanctions against the nation.