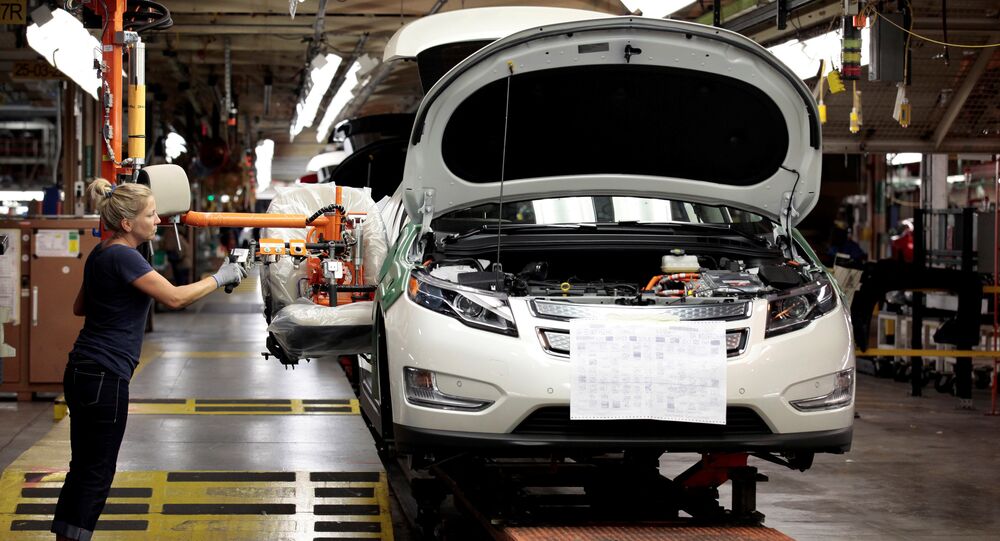 In late May, President Donald Trump warned that if the European Union does not remove tariffs and trade barriers against the United States soon, his administration will place a 20 percent tariff on all cars coming from the EU.

The Financial Times (FT) cited several diplomatic sources as saying that the EU is considering talks with the world's largest car exporters, including those in the US, South Korea and Japan, in order to reach a tariff-cutting deal.

The goal is to keep Washington from slapping punitive duties on the motor sector and prevent a full-blown trade war with the US, the diplomats said.

If clinched, the deal would stipulate signatories cutting tariffs to agreed-to levels "without including the entire membership of the World Trade Organization," an international trade concept known as a "plurilateral agreement," according to The FT.

The topic is expected to be discussed during the upcoming meeting between European Commission President Jean-Claude Juncker and US President Donald Trump in Washington.

Commenting on the agenda, one of the sources warned against striking a sectoral deal on cars during the meeting, given that Trump has yet to scrap restrictive US trade measures against the EU.

Earlier this week, the US Chamber of Commerce warned in a study that "new tariffs on steel, aluminum and Chinese imports, as well as the potential for additional tariffs on autos and auto parts, have pushed us to the brink of a global trade war."

The German car manufacturer BMW, in turn, told Trump's Trade Minister Wilbur Ross that additional taxes on cars would have far-reaching consequences on investments and jobs in the US.

© REUTERS / Virginia Mayo/Pool
How Trump's Trade War is Accelerating EU-China Rapprochement
BMW recalled that the US's openness to trade encouraged it to open a 10,000-job factory in South Carolina, and that the facility adds $6.3 billion to the US economy annualy.

The statement came after Trump's administration threatened to introduce a 20-percent tariff on European automobile imports, in a move that prompted Germany's leading automakers to propose scrapping the EU's 10-percent tax and 2.5-percent tariff on car imports from the US.

Trade disagreements between the US and the EU have intensified since Washington imposed a 25 percent tariff on imported steel and a 10 percent tariff on aluminum imports. Brussels retaliated by introducing duties on American goods like jeans, bourbon, and motorbikes.