Donald Trump’s daughter is known for her business deals in China and now it has been revealed that her company received approval from Beijing to register three trademarks in one day.

According to a government watchdog group Citizens for Responsibility and Ethics in Washington (CREW) China granted permission for the three Ivanka Trump Marks LLC trademarks on June 7.

It was the same day that the US president lifted sanctions against a Chinese telecommunications company.

© Photo : L. Kovachich
Chinese AI Startup That’s Not Worried About Trump's Sanctions
Despite criticism from some of his advisers and Republicans, Donald Trump went ahead and rescued the company ZTE from financial collapse by lifting US sanctions.

The watchdog has expressed alarm over the unusual timing of Ivanka Trump’s business endeavors in China.

“The questionable part of this is, is there any significance to the timing of when she got registration?” CREW spokesman Jordan Libowitz told Newsweek on Wednesday. “You can’t say that there’s quid pro quo behavior, but the timing does raise questions that everything is happening around the same time.” 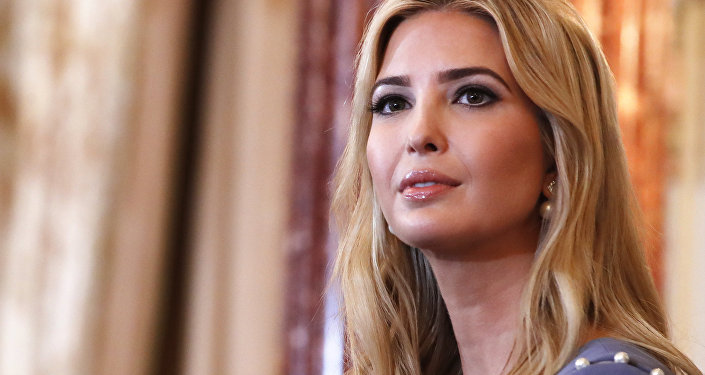 CREW found it suspicious that all the approvals happened around the same time.

“It may be a coincidence, but if it is, it’s a coincidence that could have easily been avoided, and quite frankly, they should have avoided. Both Trump and Ivanka should have sold their assets when they got into the White House,” Libowitz said.

Earlier last month, The Washington Post reported that the Senate plans to challenge President Trump’s decision to lift sanctions with a measure in the annual defense bill that would block the deal.