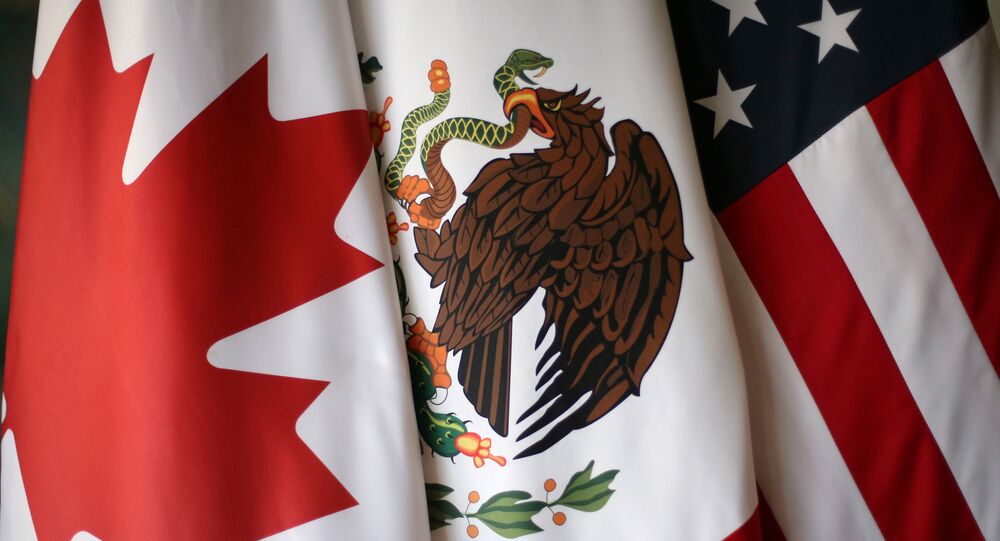 The dairy industry appears to have become a genuine battleground for the US and its North American neighbor, and the struggle’s outcome will determine the fate of the paused NAFTA deal.

Canadians should by no means blame President Donald Trump for the nation’s economic woes, but, conversely, allow more open competition with the US in the dairy market, according to the US undersecretary of agriculture for trade, cited by The National Post.

"I tell our Canadian friends, 'Do not lay frustrations with NAFTA at the feet of our president,'" McKinney said at a farm conference in Michigan this week, adding that Canada is the stumbling block for a NAFTA agreement to be unfurled.

He went on to cite Canada opting to "dump" dried milk powder on the global market "at half to two-thirds of world prices," billing the motion unfair. "It is actually surprising that our friends in Canada are exhibiting this behavior," McKinney concluded. He thereby reiterated a recent statement by Agriculture Secretary Sonny Perdue that the only thing the US is demanding is that Canada design its dairy supply-management system to make it fairer for the country’s closest trading partners.

He notably described Canada and Mexico as friends and great trading partners, reiterating the significance of the NAFTA trilateral agreement between the US, Mexico and Canada as equally important to all three nations. According to McKinney, while the US is already approximating a deal with Mexico, the problem rests with Canada, which is “dug in on this class-7 managed milk supply.”

McKinney’s comment comes after President Trump complained, on more than one occasion, about Canada’s supply-management system for milk and eggs arguing that the nation going to great lengths to set up barriers to US exports.

He most recently touched upon the issue on the sidelines of the G7 summit in Canada, where he expressed his love for the North American country but stated that they treated the US "very, very unfairly on trade" citing "almost 300% on dairy." Separately, he mentioned the issue in defending his tariffs on steel and aluminum in May.

In response, Canadian farmers cited the US’ overproduction of milk, with increased offer sending prices down. The farming community separately noted that their American colleagues already export five times as much dairy produce to Canada as the latter directs across the American border.

In a statement by the Dairy Farmers of Canada, they branded the US’ attacks, "whether on Prime Minister Trudeau, or dairy farmers" as "founded more on rhetoric than fact."

The NAFTA talks have stalled in recent months against the backdrop of generally soured relations between the US and Canada, one of its historic allies. The important milestone to this end was Trump’s announcement of 25 percent import tariffs on steel and 10 percent tariffs on aluminum for an array of countries in May. Canada, Mexico and European nations were temporarily relieved of the restrictions, but Trump subsequently chose not to extend the exemptions. Canada’s Trade Minister Francois Philippe Champagne called the staggering tariffs an attack "on the world economic order."

Analyst Explains Why EU, Canada and NATO Teaming Up Against Trump