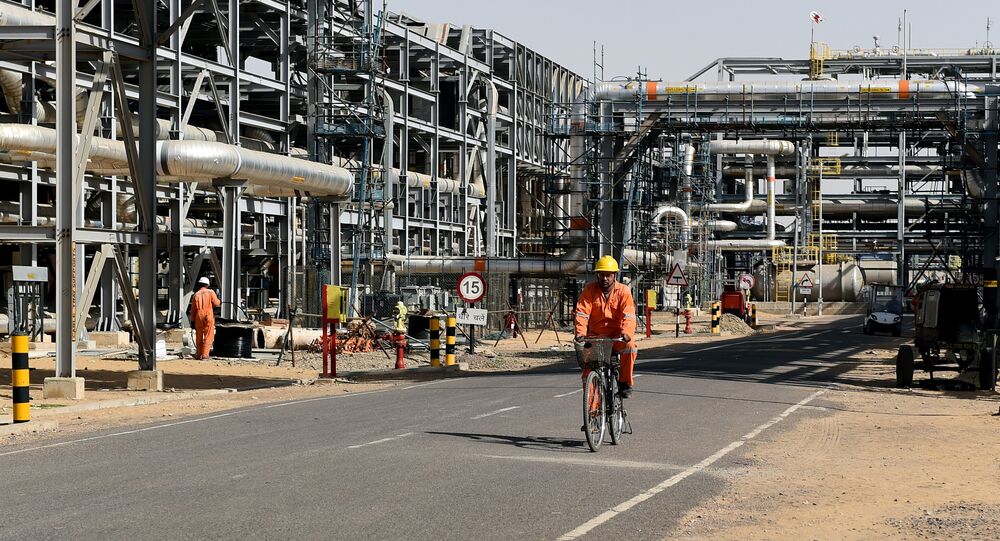 Indian refineries bought a record 27.2 million tons of Iranian crude oil in the past financial year, which wrapped up in March 2018.

India plans to make some oil payments to Iran in rupees in a bid to avoid US economic pressure on Tehran, according to several Indian government sources quoted by Reuters.

"We are looking at reviving a rupee mechanism… we have to prepare ourselves," one of the sources told Reuters.

Another source said that India's Central Bank is yet to make a final decision on returning to the rupee payments for Iranian oil.

"So far we don't know what we are expected to do. We have not asked refiners to cut imports," the source said, in a reference to the situation that may arise when India's oil imports from Iran are potentially hit from August 2018 after Indian refiners receive a 60-day credit period for payments to Iran.

The source added that after meeting French, German and UK bankers, an Indian delegation found that it would be "almost impossible to use European banks for payment to Iran."

During a meeting with his Iranian counterpart, Javad Zarif, late last month, Indian Foreign Minister Sushma Swaraj pointed out that his country would ignore US trade sanctions against Iran.

"India will comply with UN sanctions and not any country-specific sanctions," he stressed.

In May 2018, President Donald Trump announced Washington's withdrawal from the 2015 Iran nuclear deal and ordered the re-imposition of US anti-Iranian sanctions, including those related to the oil sector, will be effective as of November 4.

© AFP 2021 / BEHROUZ MEHRI
Here's a List of European Companies Operating in Iran In Face of US Sanctions
During the economic sanctions slapped against Tehran by the Obama administration in 2012, India and Iran had to make alternative arrangements, including a barter system. India imported $10.5 billion worth of goods, mainly crude oil, and exported commodities worth $2.4 billion.