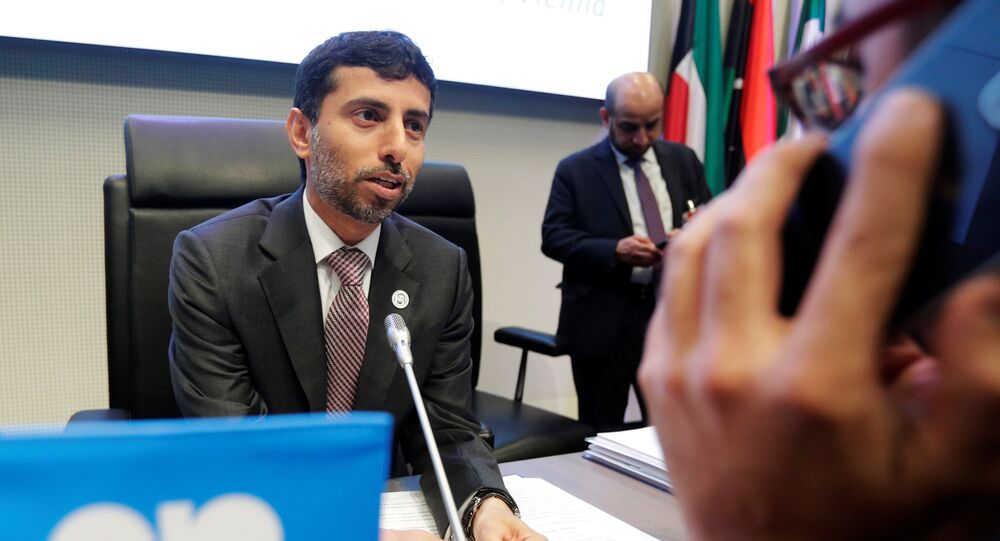 VIENNA (Sputnik) - United Arab Emirates (UAE) Energy Minister Suhail Mazrouei has officially launched a mobile application by The Organization of the Petroleum Exporting Countries (OPEC) on Saturday with its monthly oil market data and reports aimed at boosting transparency in the industry.

"It’s the new way of sharing data and transparency that we are putting data not only of member countries but also we are expanding this to the world. It’s our approach to reach the aim of readers and students to allow them to have access to this valuable data," Mazrouei, who is also this year’s OPEC president, said at the opening of the 4th OPEC-non-OPEC ministerial meeting in Vienna.

The minister also distributed iPads with the pre-installed Monthly Oil Market Report (MOMR) among 25 Vienna deal participants as a way to promote the app and thank oil exporters for contributing to the oil output curtailment pact.

"I would like to present another token of appreciation to the Declaration of Cooperation. We will distribute iPads to every head of the delegation with the application installed in it," Mazrouei added.

© AFP 2020 / FREDERIC J. BROWN
Oil Prices Retreat Amid OPEC Concerns, Looming China Duties
OPEC and the 10 other major oil exporters that are part of the Vienna deal on oil output curtailment are holding a number of meetings this week in a bid to agree to increase oil production, which will culminate in a decision expected to be taken later on Saturday at the OPEC-non-OPEC conference.

The initiative to ease output cuts comes amid the potential decline in Iranian oil exports due to US sanctions and the continuous decline in production in Venezuela due to the economic crisis, which pushed OPEC’s over-compliance with the Vienna deal with 160 percent in May against the agreed cut of 1.2 million barrels per day.