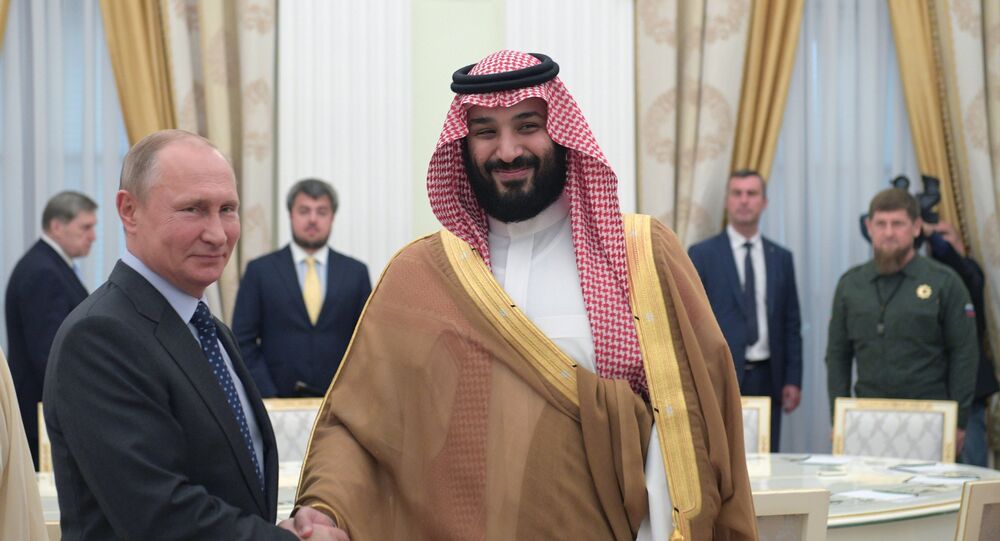 The new group might see large oil exporters such as Russia and Saudi Arabia play a bigger role. The news came following OPEC's announcement that it would lift its oil production rate, tentatively boosting the daily oil supply to the market by a million barrels in the coming months.

Russia and Saudi Arabia have considered offering all the 24 members of the so-called OPEC+ deal a permanent body with its own constitution and secretariat, Bloomberg said on June 22, citing sources familiar with the matter.

The new group probably won't stick to OPEC's "one member, one vote" principle, which will likely give more weight in the body to large oil producers like Russia and Saudi Arabia.

A super-OPEC alliance might merely formalize current Russia-Saudi Arabia relations, Bloomberg claims, as the two countries have been working closely together on their oil and gas policy over the past two years.

The report came after OPEC had held a significant meeting in Vienna on Friday, with the oil cartel members agreeing to boost production by up to 1 million barrels a day. The move is expected to contain the recent rise in global energy prices.

Ahead of the Vienna meeting, Saudi Arabia, the largest producer in OPEC, was seen to be open to an increase in oil output. On June 14, Saudi Crown Prince Mohammed bin Salman met with Russian President Vladimir Putin in Moscow. Although the trip was timed to the World Cup opening match between the two countries, Putin and bin Salman reportedly talked about expanding energy cooperation and a possible production boost, something Russia is seeking, too.

A group of the world's largest oil exporters, including Russia, Saudi Arabia and other OPEC and non-members, closed a landmark deal in 2016, dubbed OPEC+, to reduce oil production. Back then, dealing with the pain of low oil prices, which many national budgets overstretched, the sides agreed to curtail their oil output by 562,000 barrels a day in order to raise prices.