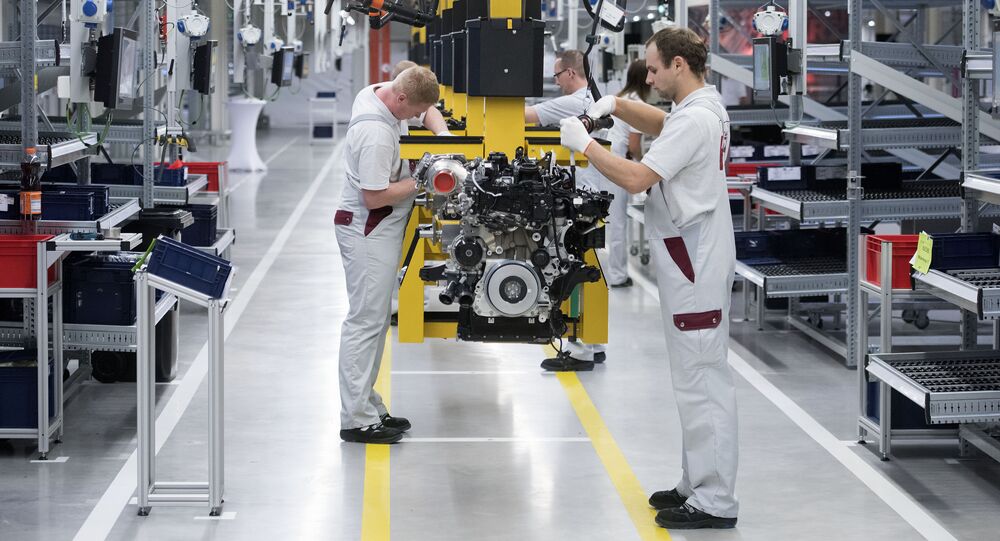 German industrialists are worried by the growing uncertainty about the possible damage any US import tariffs could inflict on Europe’s largest economy.

According to the newspaper, during their recent meetings with  the US Ambassador to Germany, Richard Grenell, top executives of leading German automakers BMW, Volkswagen and Daimler Benz pitched the idea of scrapping mutual car import levies as part of a broader agreement  on a wide range of industrial goods.

© AP Photo / Geert Vanden Wijngaert
EU Approves Retaliatory Tariffs Against US Amid Trade Row - Reports
Moreover, Europe reportedly wants a 25 percent tax on imported pickup trucks, SUVs and big vans, in effect since the 1960s, to also be scrapped as part of a broader deal including a wide range of industrial goods.

This presents a problem for the Trump Administration, however,  because lifting the Lyndon Johnson-era levy could alienate US auto workers who form a significant part of Donald Trump’s support base at home.

Tensions between the US and its key trade partners in the world have been increasing fears of an all-out trade war.

Financial markets have been feeling the pinch of this growing uncertainty with the Dow Jones industrial average on Tuesday posting its longest losing streak in more than a year, the newspaper reported.