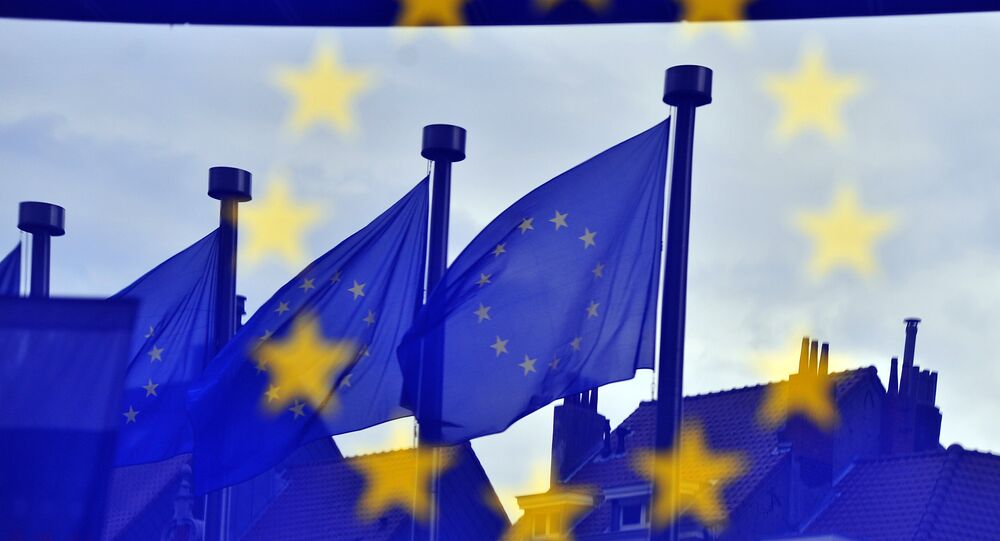 MOSCOW (Sputnik) – The European Commission said Wednesday it had adopted the regulation on rebalancing measures in response to US tariffs, targeting a list of products worth 2.8 billion euros ($3.2 billion) and entering into force on June 22.

"The European Commission adopted today the regulation putting in place the EU's rebalancing measures in response to the US tariffs on steel and aluminum. The measures will immediately target a list of products worth €2.8 billion and will come into effect on Friday 22 June. The list of US imports that will now face an extra duty at the EU border includes steel and aluminium products, agricultural goods and a combination of various other products. By putting these duties in place the EU is exercising its rights under the World Trade Organisation (WTO) rules," the statement read.

At the same time, the EU Commission noted that the bloc did not "want to be in this position," adding that these measures were forced, after Washington had left the European Union "with no other choice."

"Our response is measured, proportionate and fully in line with WTO rules. Needless to say, if the US removes its tariffs, our measures will also be removed," EU Commissioner for Trade Cecilia Malmstrom said, as quoted in the statement.

The statement comes a day after Minister of Economic Development of the Russian Federation Maxim Oreshkin said that the country would introduce import duties on US products in response to tariffs imposed by the US earlier this year.

© AFP 2021 / Greg Baker
Beijing Vows Retaliation as Trump Pledges $200Bln in New Tariffs on Chinese Goods
Earlier this month, the European Union unanimously approved a set of retaliatory tariffs against the US trade duties, including those on whiskey and motorcycles, saying that the measures would go into effect "in coming days."

The move followed US President Donald Trump's announcement made in May that he would impose a 25-percent tariff on steel imports and a 10-percent tariff on aluminum imports from the European Union, Canada and Mexico starting from June 1.