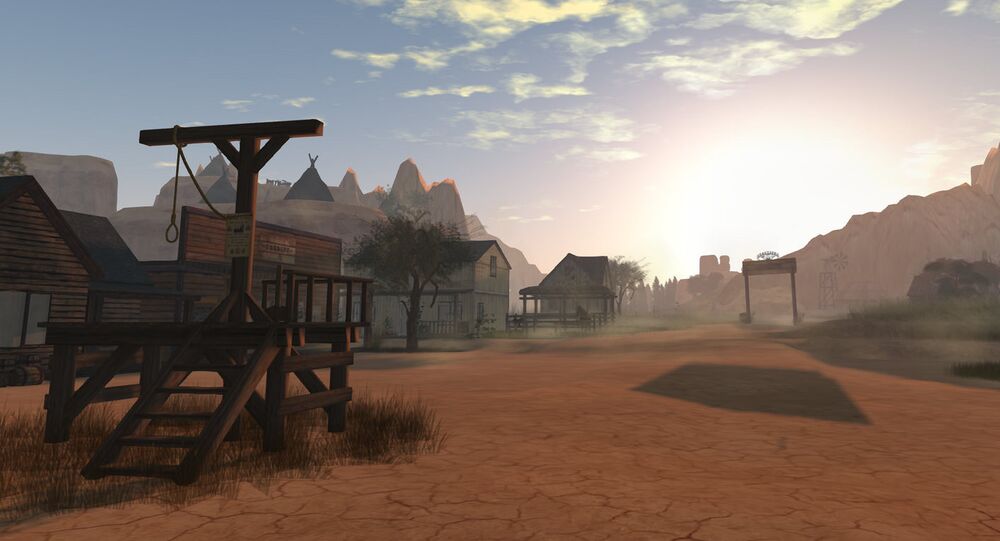 From pet sanctuaries to a setting for brand-new westerns: The Internet has literally exploded with ideas for repurposing a California ghost town which has appeared on the market for less than one million dollars; most agree it costs just peanuts in light of more banal options in the Golden State's real estate market.

An abandoned town dating back to the 19th-century silver rush, nestled off the beaten track in California's Inyo Mountains is now for sale for a little less than $ 925,000, and even boasts its own website giving full details of the offer.

The deserted mining town of Cerro Gordo covers a vast 300 acre stretch of land and includes an array of buildings that may serve a variety of both physical, as well as spiritual needs — an abandoned hotel, a church, a saloon and others.

Most importantly, the atypical listing offers opportunities for creative fulfillment, as the location may serve as an ideal set for the cowboy dramas that have always been a fixture of Hollywood entertainment. The social networks were quick to take notice, with users indulging in fantasies involving proposed scenes for the wildly popular West World series.

A western ghost town for sale, 300 acres, original buildings with antiques, near Lone Pine, for $925k. WHO WANTS TO BUILD SOME ROBOTS WITH ME? #westworld https://t.co/7YTfeJmLbL pic.twitter.com/Jd5P8d3Hel

So the housing market is rough in California… but are you interested in a WHOLE TOWN for $925,000?? https://t.co/zcbZ1URkPo

Some seem to have taken the idea seriously enough, speculating that less than a million dollars is a steal, given the "rough" real estate market in California. According to the US multiple-listing site Trulia, the average home price in San Jose, the heart of Silicon Valley, is approximately $1,098,000.

California ghost town up for sale (for less than a 2-bedroom condo in S.F.):

A number of users even invited their friends to pool their money in order to snag the abandoned town, eagerly theorizing over potential business initiatives. Not all potential buyers were inspired by Wild West ambitions; one user suggested the place could fulfill a more social function by becoming a gigantic cat sanctuary, while another one pointed to a "transcendental" experience:

Who fancies pooling resources and buying a ghost town with us? https://t.co/Z4f5Qd8cHy

Someone into transcendence? California ghost town for sale for less than $1M.

The real estate agent in charge of the sales, Jake Rasmuson, naturally welcomes potential purchasers to see the area with their own eyes, saying it is a good chance for someone to claim ownership of "a real piece of the Wild West and American history." Cerro Gordo, which sprang to existence in 1865 as once the major producers of silver and lead in the area, is essentially open to the public for touring.