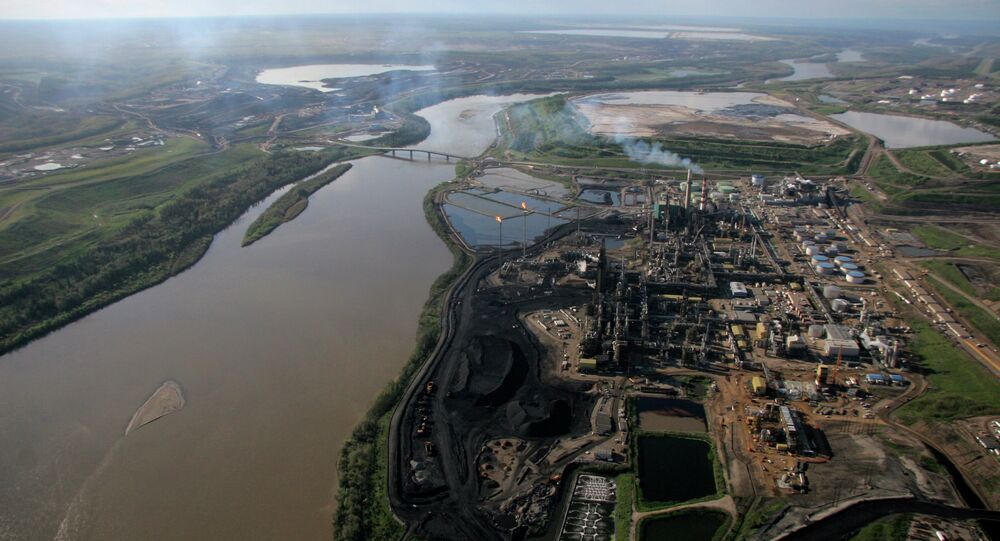 The business trend appears to be pervasive throughout the North American country, and the likelihood is slim that it reverses in the foreseeable future.

The number of Canadian oil-drilling rigs migrating south of the border to the US has skyrocketed in recent years, according to a fresh report by Canada’s The Globe and Mail.

The US’s thriving oil industry appears to have lured Canada as it’s struggling energy sector is hoping to ultimately regain the investments it had lost when national oil prices slumped several years ago.

Among the firms in question set to grab hold of a golden opportunity for profit-yielding work are those based in the Canadian western province of Alberta. At least half a dozen drilling firms are reportedly heading south, aiming to take full advantage of the US’s recent energy rebound.

The move has been formally announced by a whole bunch of energy companies: Akita Drilling Ltd., Trinidad Drilling Ltd., Ensign Energy Services Inc., as well as Citadel Drilling to name a few. Savanna Energy Services Corp was the first to undertake the venture early this year. Most importantly, the reason has been more than explicitly stated:

"We’re not generating profits for our shareholders. We’re treading water financially, at best," said the chief executive of Citadel Drilling, Dan Hoffarth, adding, however, that the small 100-employee private firm was notably enraged over the decision. According to him, obstacles for the Canadian energy sector operating at home are plentiful: from insufficient pipeline access to carbon taxes and legislation that, weirdly, hinders crude oil supplied from northern British Columbia, but welcomes overseas oil imports.

A number of Canadian oil drilling service providers are expected to follow suit, such as STEP Energy Services Ltd., and Precision, which is set to move one-third of its business, historically based in Canada, to the US.

According to RBC analyst Benjamin Owens, cited by The Globe and Mail, drilling equipment is incredibly mobile and it’s natural that it is moved around the globe; yet he added that problems could arise should Canada backtrack on its energy sector policies, while the best rigs are based in the US.

© AP Photo / Andrew Harnik
Trump: 'I Love Canada, but They Treat Us Unfairly on Trade'

The US is currently recovering from an energy slump that occurred in 2014 and lasted three years. Technological improvements have driven down production costs leading to a shale oil production boom in Texas and New Mexico – locations most enticing, along with California and the Rockies, for Canadian players.

What if Canada had spent $200bn on wind energy instead of oil? https://t.co/IBKjpYWrqk
Since 1999, more than $200bn has been invested into the Alberta oil sands for that future. But what if that cash had gone into wind energy instead?

According to a May review by the Bank of International Settlements (BIS), cited by Business Insider, Canada is largely on the brink of a financial crunch, with the country flashing warning signals for major economic categories – that is a vast credit-to-GDP gap and increasing real estate debt.