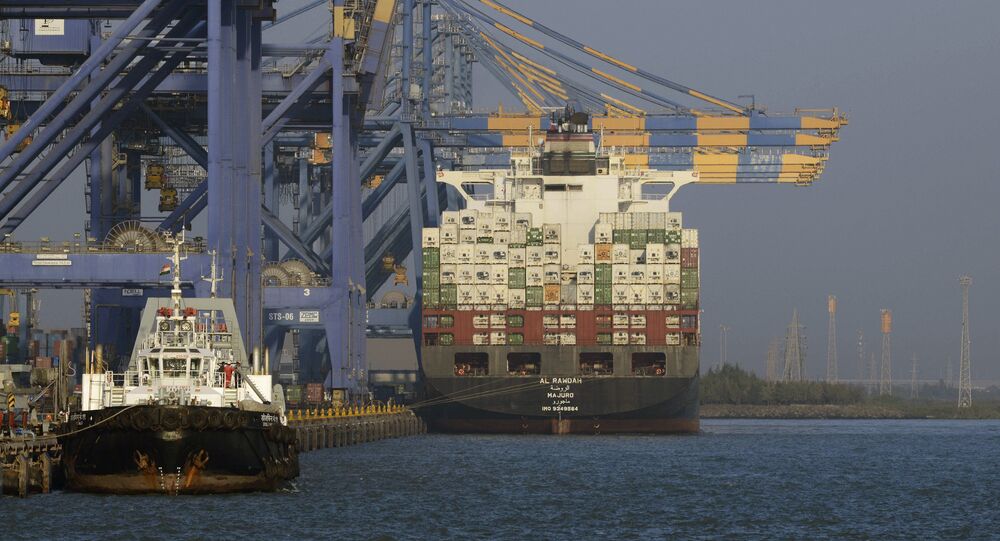 India's move comes in response to Washington's decision to impose tariffs on steel and aluminum imports, which, according to media forecasts, is likely to have an impact of about $241 million on the Indian economy.

India will increase duties on 30 goods from the US in response to Washington's move to impose tariffs on steel and aluminum imports, New Delhi's notification to the World Trade Organisation (WTO), cited by the ANI news agency, reads.

The country has already submitted a list of goods that are due to be hit by their duties to the WTO, according to the media. Indian Express newspaper says that tariffs on some metal goods, as well as certain agricultural products and a number of motorcycles, are likely to grow up to 50 percent.

"India wishes to clarify that suspension of concessions shall be equivalent to the amount of trade affected by the United States' measures," according to the notification.

According to news agency PTI, Washington's new metal duties will have an impact of about $241 million on the Indian economy.

India added that it reserved its "right to further suspend substantially equivalent concessions and other obligations based on the trade impact resulting from the application of the measures of the US."

India notified World Trade Organisation of its decision to suspend concessions to US on 30 products, after safeguard measures imposed by US on imports of certain articles. India clarified that suspension of concessions shall be equal to amount of trade affected by US’ measures. pic.twitter.com/SAyY6HWYsf

© Sputnik / Ruben Sprich
Indian Tariffs Within Bounds Set by WTO - Indian Commerce Ministry
Earlier, India's minister of trade and industry, Suresh Prabhu, in an interview with Sputnik, stated that protectionism and sanctions policy negatively affect the global economy. In his opinion, such unilateral actions are detrimental to most developing countries, as they undermine the multilateral trading system and the WTO, the organization aimed at ensuring fair trade for all member countries.

Fears of a full-scale trade war were sparked after US President Donald Trump's March decision to introduce a 25 percent tariff on imported steel and a 10 percent tariff on imported aluminum. At that time, though, a number of countries, including EU member states, Canada and Mexico, were exempted first until May 1 and then for one more month until June 1. However, on May 31, Trump signed a proclamation removing this metal tariffs exemption as of June 1.