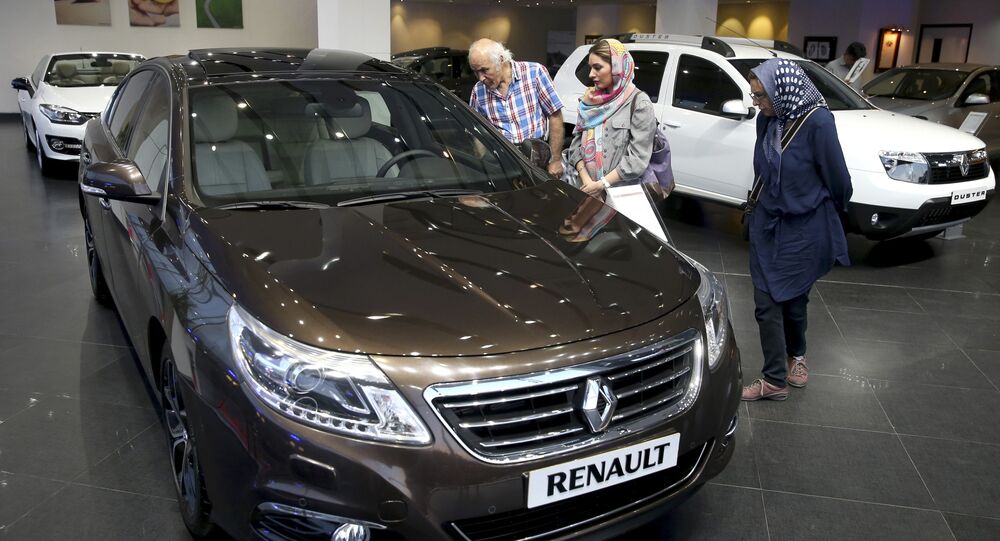 In May, Washington announced its decision to withdraw from the Iran nuclear deal and re-impose sanctions on Tehran, a move that prompted an international backlash.

France's automobile manufacturer Renault has announced that it would stay in Iran even if its revenues decrease due to the incoming US sanctions.

"We will not abandon it, even if we have to downsize very strongly," the company's CEO, Carlos Ghosn, stressed at the annual shareholders' meeting in Paris. He explained that maintaining a presence in Iran would give Renault an advantage "when the market reopens."

© AP Photo / Ebrahim Noroozi
Renault Racing Against US Sanctions for Iranian Market
Tensions between Iran and the United States have been on the rise since May 8, when US President Donald Trump announced his decision to pull the US out of the Iran nuclear deal and hit the country with new economic sanctions in 90 days.

Renault Group is represented in Iran by Renault Pars, a French-Iranian joint venture. Iran is the third largest market for the French manufacturer after France and Brazil, with Renault's 2017 sales in Iran accounting for almost 80 percent of all cars sold by the company in the Middle East.

Renault Racing Against US Sanctions for Iranian Market