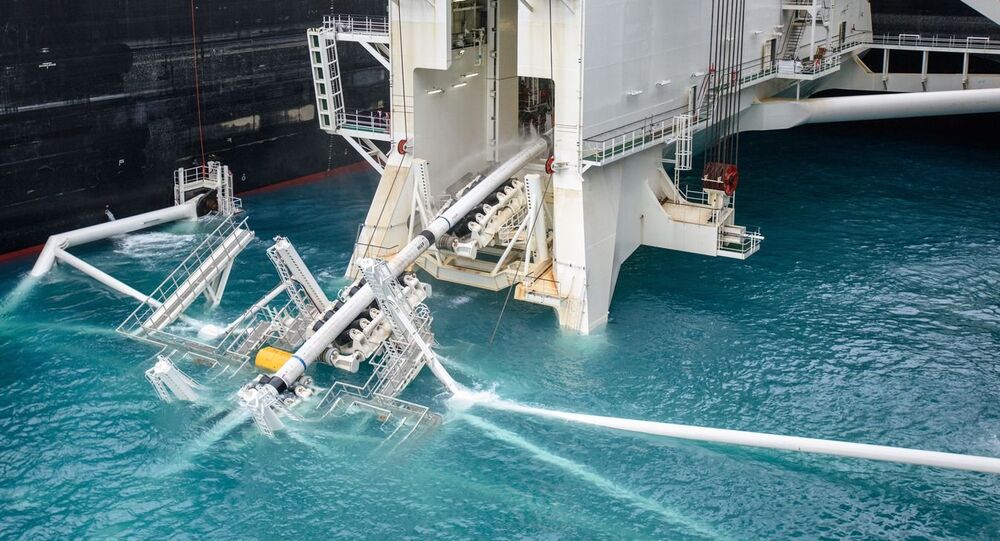 "Of course, we are always ready to compete with other producers, other routes, which are currently being discussed as part of the so-called Southern Gas Corridor. What is important is that the competition is fair," Sergei Lavrov stated.

In late May, the opening ceremony of the first stage of the Southern Gas Corridor project, which aims to deliver 10 billion cubic meters of Azerbaijani gas to Europe through Georgia and Turkey, was held in Baku. The project was launched as part of the European Union's efforts to increase the security and diversity of its energy suppliers.

© Photo : turkstream.info
Expert Explains How TurkStream to Make Italy Gas Hub of Southern Europe Again
TurkStream, construction for which was launched last May, will have a capacity of 15.75 billion cubic meters (556 billion cubic feet) per year. One line is expected to supply natural gas solely for consumption in Turkey. The second string will transport gas to European countries through Turkey and is scheduled for completion in 2019. Gazprom is considering options to extend the pipeline through Bulgaria and Serbia or through Greece and Italy.
...
Reddit
Google+
Blogger
Pinterest
StumbleUpon
Telegram
WhatsApp
50